If you are shopping for a new weapon that will behead undead Zombies and immortals alike, there can be only one DIY project for you and this is it. The aptly named Louisville Decapitron will make short work of necks so that heads roll cleanly off of gently falling bodies.

It’s a baseball bat and battle axe in one. It’s that simple. A 20-inch blade mounted to a Louisville Slugger. Great idea. I’d love to see a new sport where Zombies are let onto a Baseball field and then players can just go wild on them. First you hack the heads off with the axe end while running around in the outfield, then the game goes back to the in-field where you try to play ball using the Zombie heads. Gruesome stuff, but the Pay-Per-View revenue would make me a millionaire. 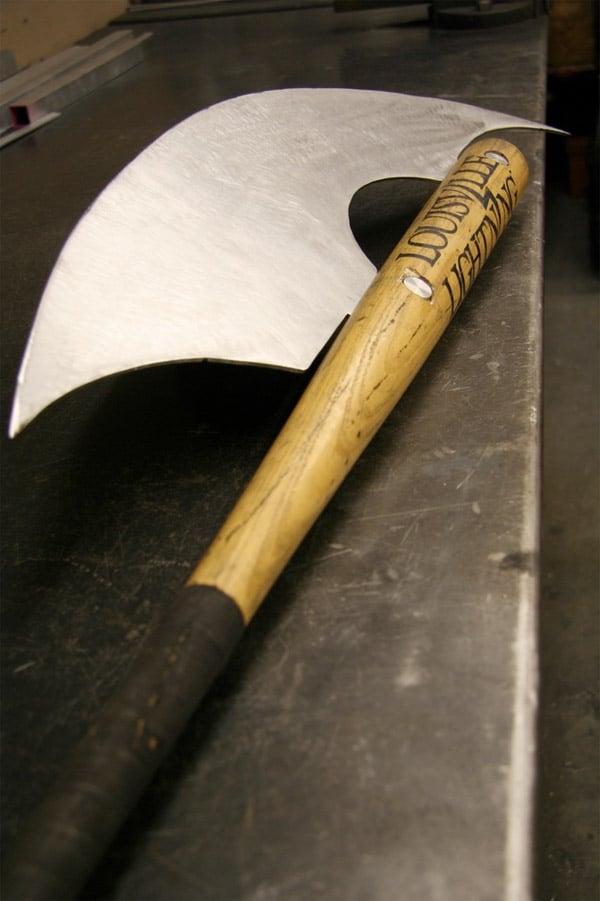 The idea (as the creator of this weapon sees it) is that “the zombies can be dealt with at close range while the living, which is after the food supply, can be beat away with the other end without causing death.” I like my idea better.