Think you have what it takes to hold your arm up longer than everyone else? If so, you can win $10,000(USD). This is for real. Kevin Butler said so.

Sony has put up a website called Grab the Ring, which is part of a promotional contest for Uncharted 3. 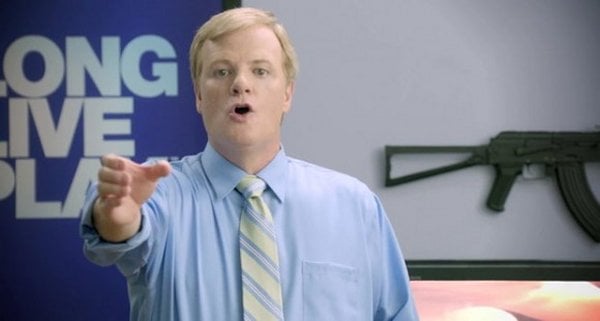 Though it sounds like a website where gold-diggers can meet up and exchange stories about how they separated an old guy from his money, and got a pay-off when he took a dirt nap, that’s not it at all. Though I’m sure that also exists. On this website, you can activate your webcam and then hold up your arm as if holding the game’s thematic ring floating in the air. If you can outlast everyone else, you can get $10,000. If you don’t quite have what it takes to beat everyone else, you’ll still get some neat weapons and clothes for your in-game persona in multiplayer mode.

The first prize comes after just 15 seconds. After 4 minutes, players get the Treasure Hunter Starter’s Pack. If you are in it for hours, you can unlock some weapons. You’ll see trailers for the game in the background and Kevin Butler will occasionally taunt you too.