I was checking out the 2012 Time Traveler’s Calendar at Kickstarter when I stumbled upon – kickstarted upon? – this clever gadget by ESDevices. It’s called the Wiretap, and it’s a more versatile audio splitter because it also lets you use the headphone jack as a microphone jack. So if you don’t have someone to share music with, you can just sing along with yourself. You sad sad man. 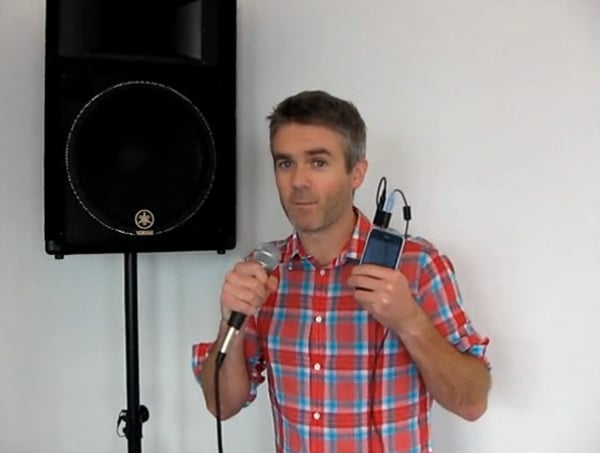 What other uses could you have for the Wiretap? As it’s name implies you can use it to record audio and keep the devil way down in the hole. It also makes it easier to use voice modification apps. It also lets you use third-party devices that plug into the headphone jack while still having a spare jack to enjoy music – either by singing or listening. Or any other device or activity that needs separate audio in and audio out jacks. Here’s the inventor James with more on his device:

You can pre-order the Wiretap by pledging at least $12 (USD) on its Kickstarter page. As of this writing it’s raised about $1,700 out of its $2,000 target with about a month to go, so there’s a really good chance that James will be able to mass produce the Wiretap.