Darth Vader in His Underwear with His Evil Superhero Grandpa, Say What?

This series of photos were shot by Sacha Goldberger, and they are entitled The Darks Part II. In it, a (anti-)superhero named Dark Papouka befriends Darth Vader and they have some fun together. Darth Vader tries to get into the superhero act by wearing his underwear on the outside of his outfit. 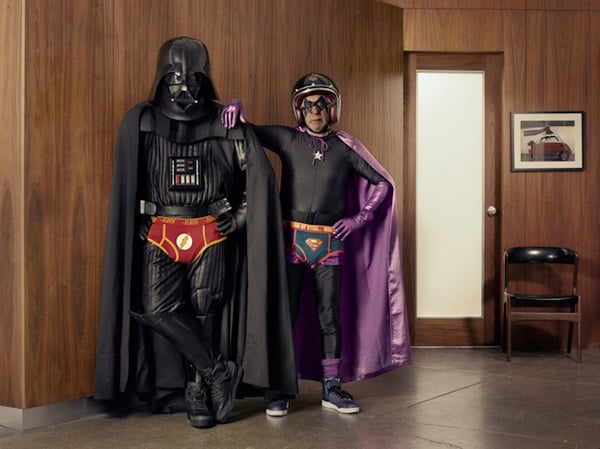 The Dark Lord of the Sith becomes Dark Papouka’s best friend. The photos are pretty funny, especially since Darth Vader is supposed to be pure evil. There’s even a interesting surprise at the end, when Vader takes off his helmet. One clue, he’s not Papouka’s father. 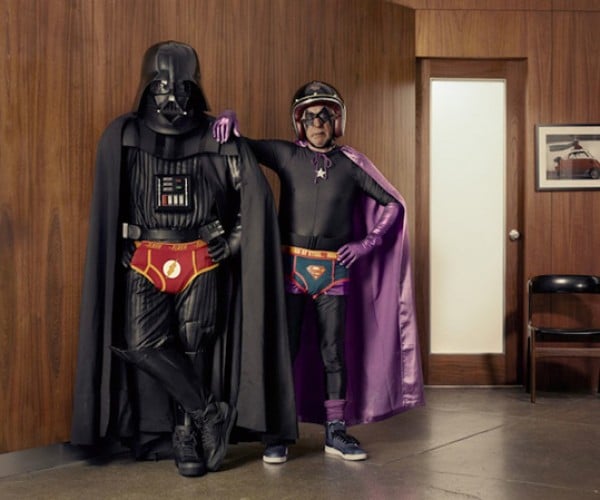 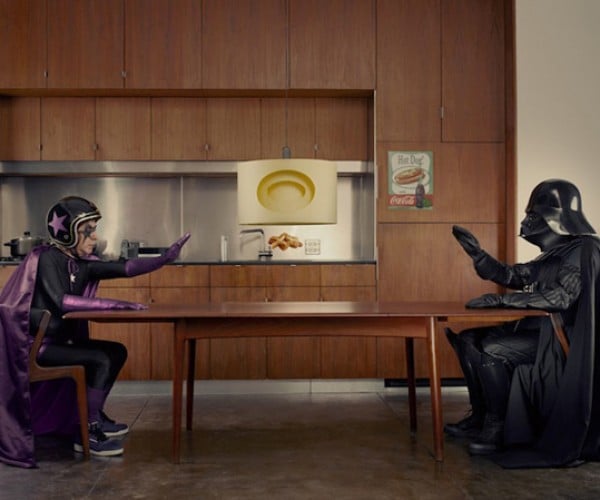 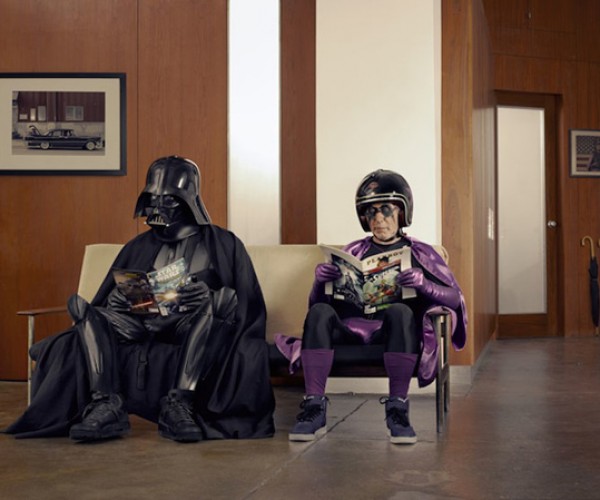 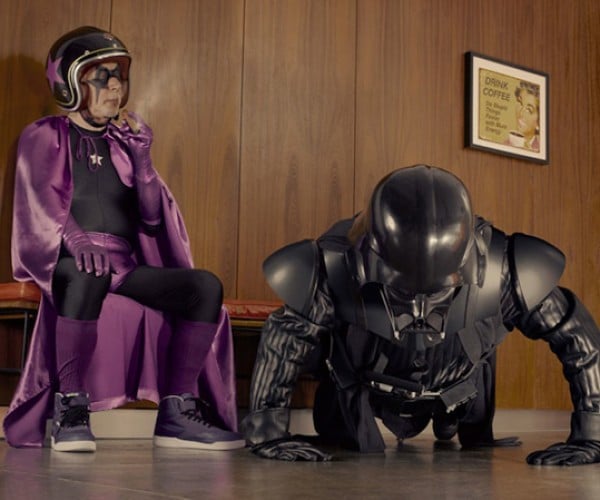 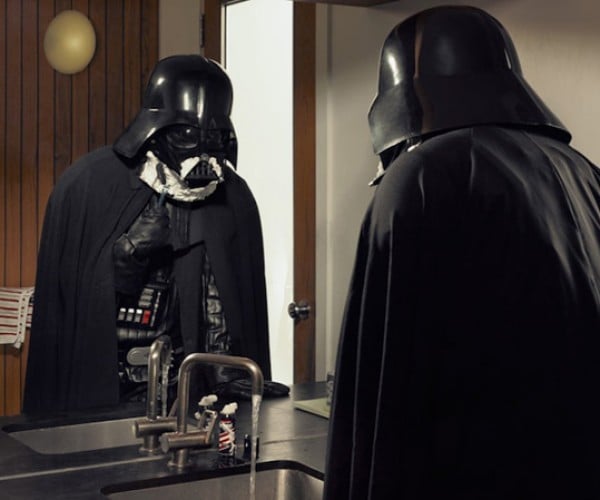 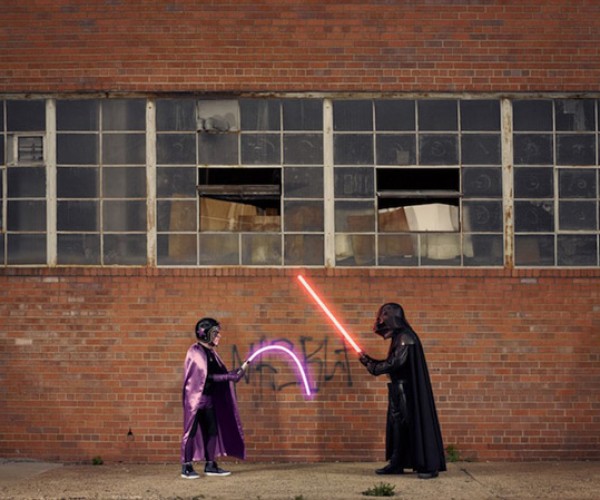 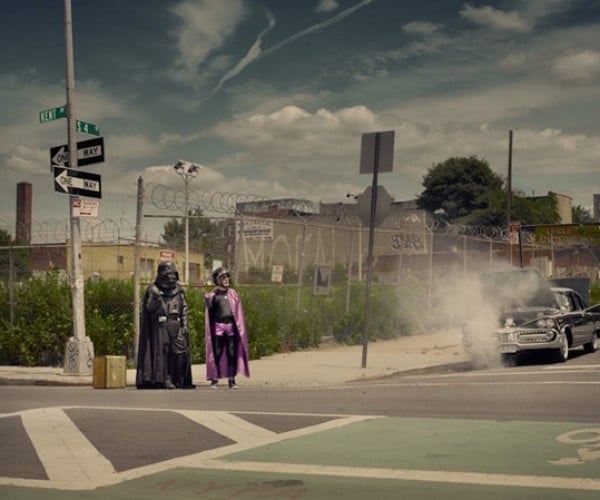 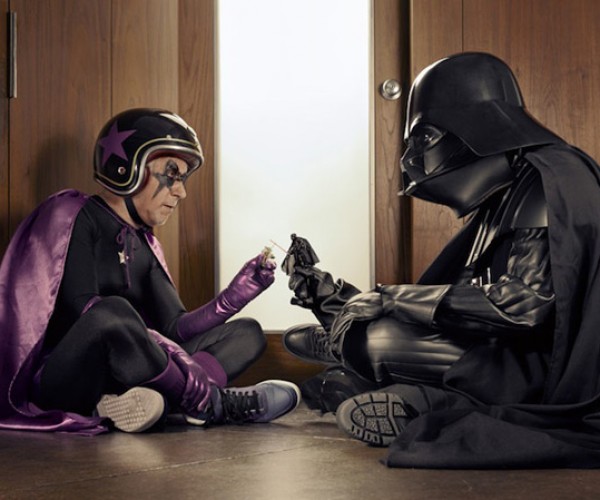 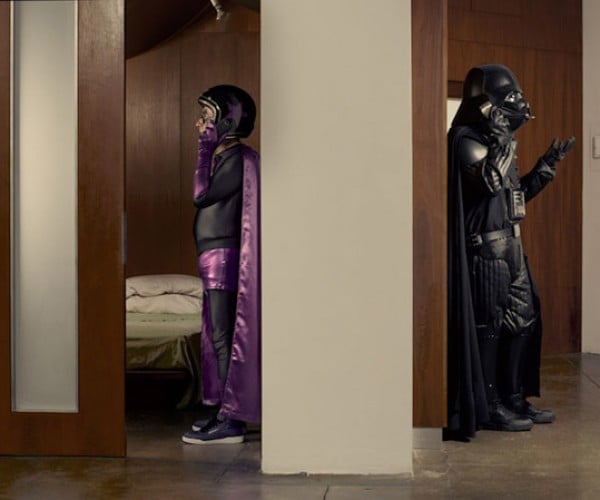 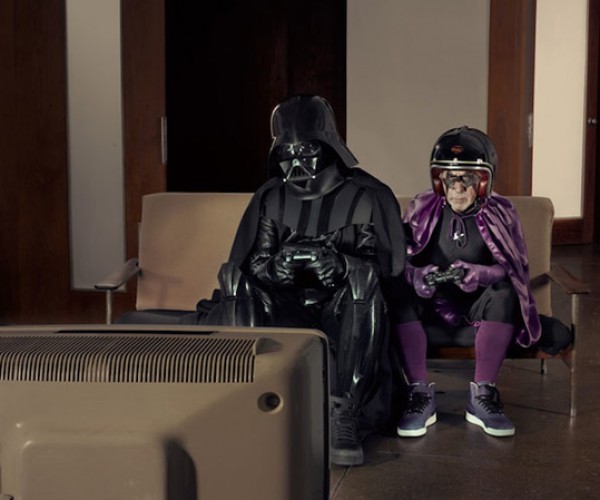 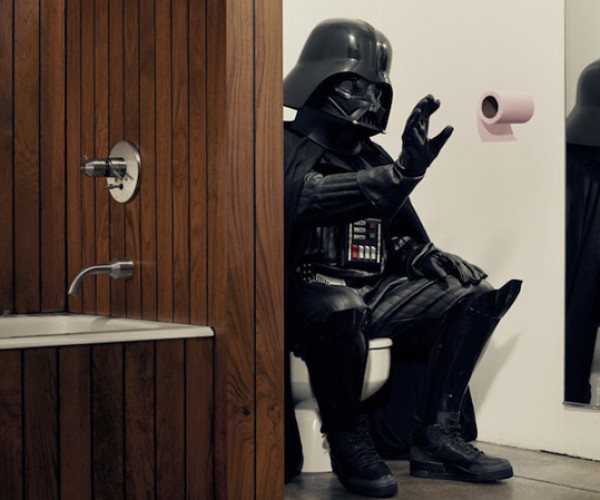 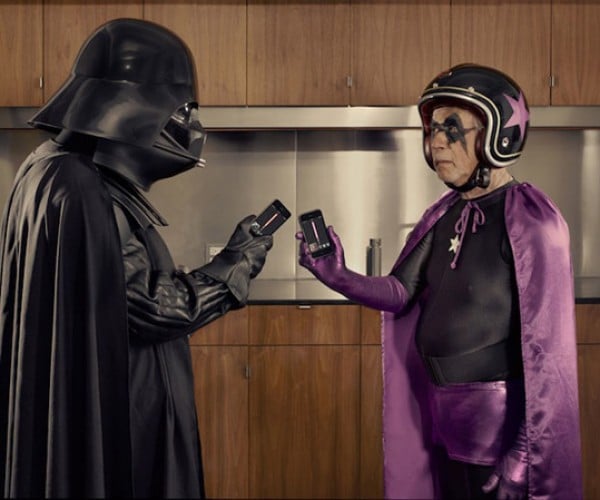 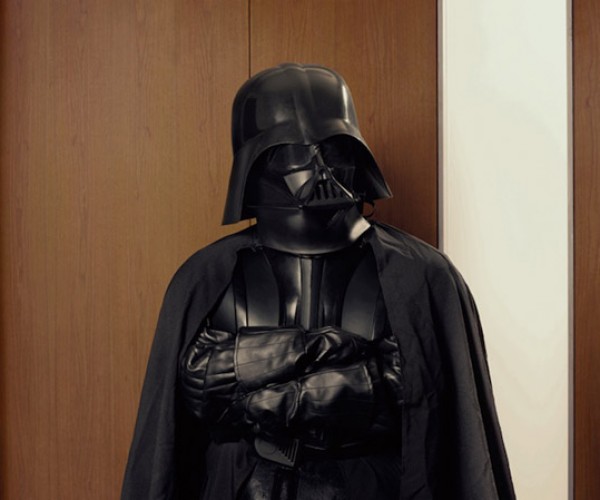 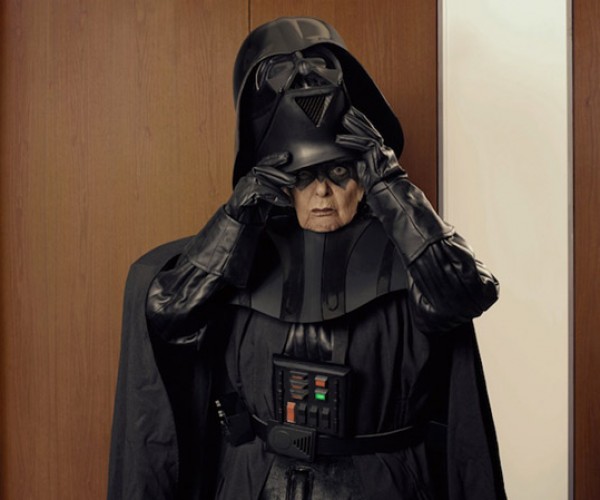 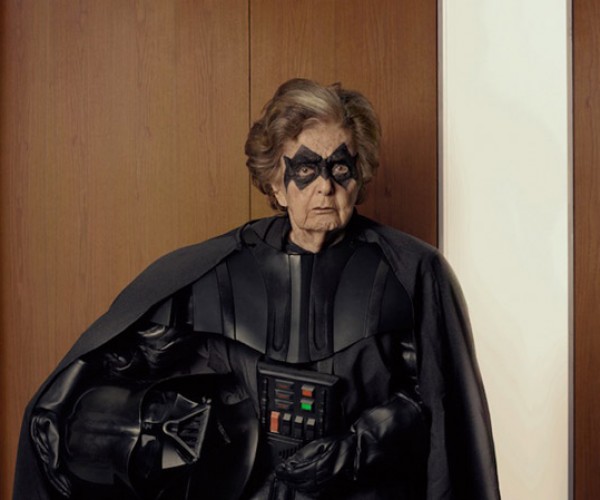