While you might think the best way to take down alien invaders in an arcade game would be to use a joystick, or maybe a trackball or spinner, it turns out that you can also use a good, old-fashioned handgun. At least if you’re the dude in this video clip. 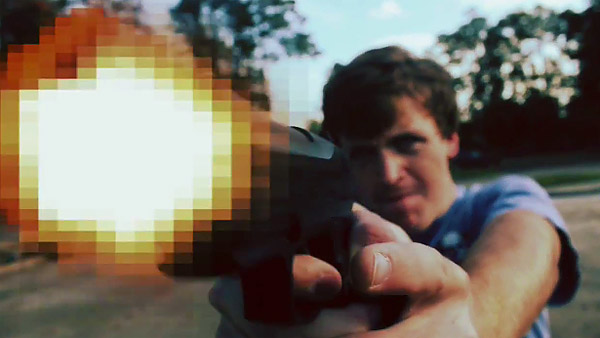 In his short titled Retro Warfare, Andrew McMurry finds himself backed into a corner by a variety of pixelated foes, and has to resort to the weapon he has on hand to blast them back to where they came from.

Wasn’t that fun? Now I wish I could go back and play Space Invaders and Pac-Man with a loaded gun and real bullets. It looks like fun. In case you’re wondering, Andrew created the clip with the help of After Effects, Cinema 4D, and a pocketful of quarters.

[via The High Definite]