Easy Read Thermometer: Just Slap It On and Read the Temperature Off

My sister’s youngest daughter got sick over the weekend while she was sleeping over at my place, and let me just say, it was as close to  heck as I’ve ever been. (I’ve been choosing my words carefully while she was under my care, under strict instructions by my sister.) 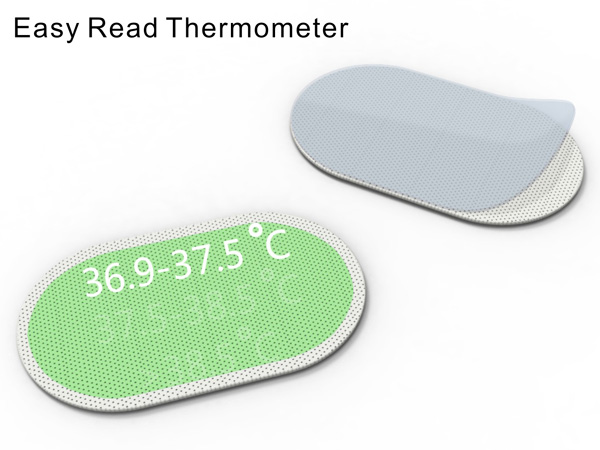 She was running a pretty high fever, that much I could tell by putting my palm to her forehead. But as for the exact temperature? I dare say it was pretty much close to a miracle that I was able to get her temperature because she wouldn’t keep still because the thermometer “tickled.”

But as her fever waned, her energy came back full force, and it was getting harder and harder to gauge her temperature. A smart solution? The Easy Read Thermometer – a concept design by Wang Dongwei and Liu Yisha. And while it won’t be able to give you the exact temperature of your kid or baby, at least it gives you the range so you’ll know when you’re in the clear or not. 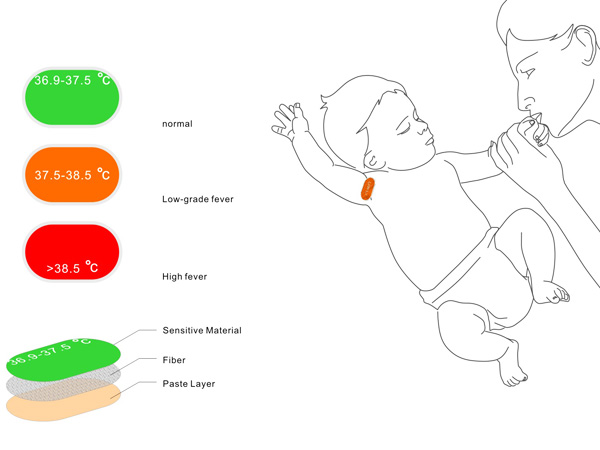 It seems like a pretty useful concept, especially for parents and for people who take care of young kids on a regular basis.