Robot Learns from Smiles, Frowns – Won’t Kill Us as Long as We Keep a Happy Face on

All the signs of the robopocalypse are starting to coalesce. We’ve got robots that look like people, ones that can butcher, and even one that can self-replicate. Put these all together and you’ve got yourself the very first Terminator, right? Well, now robots can even read our emotions. This particular ‘bot reacts to smiling and frowning. 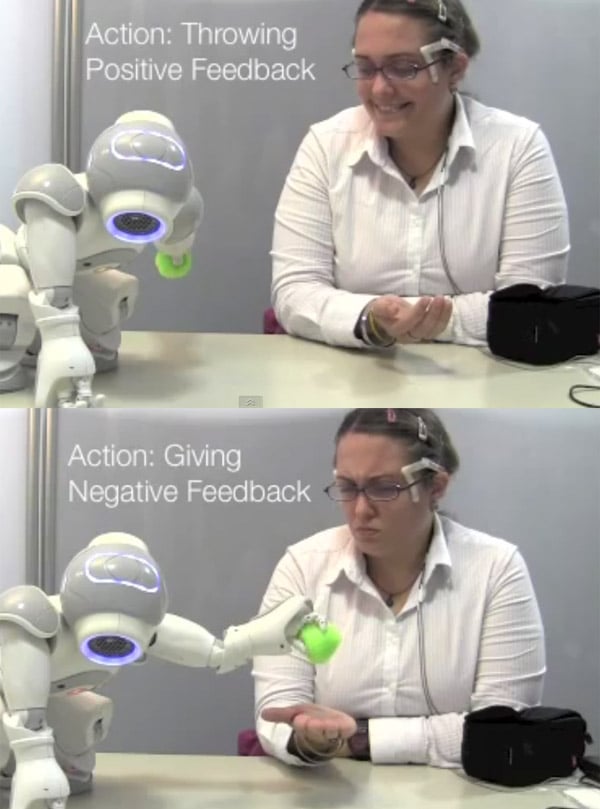 The University of Tsukuba AI Lab has created an interface which detects positive (smiling) or negative (frowning) feedback, and passes these signals to a Nao humanoid robot. The robot, in turn, uses this feedback to help it learn which behaviors are good or bad, like humans do when teaching children or pets.

I can only imagine as robots start to learn from positive and negative reinforcement that they could go the way of a badly-trained pitbull in the hands of the wrong person. Be nice to your robots and they won’t hurt you. But treat them badly – or maybe just frown at them, and they’ll whip out the ham-boning blade and take you down.