Call of Duty: Modern Warfare 3 comes out tomorrow, but it looks like someone couldn’t wait. A band of theives stole 6,000 copies of the game, which is kinda stupid since it is about to arrive and it’s not like they can get away with selling them or giving them to 6,000 friends. 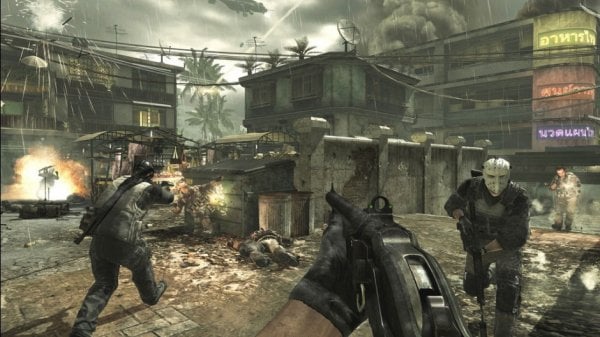 It happened in France, where someone robbed a truck full of video games. It was Saturday morning in Créteil, in the south of Paris, when two masked men pulled off the heist. They hit the truck with a car first and then actually used tear gas to neutralize the drivers and make off with the truck, as if it were a scene from a bad movie.

The shipment was apparently worth appx. $550,363(USD). The truck held approximately 6,000 copies of the game, which have likely made their way onto the black market by now.