I think we all knew when the Kindle Fire tablet went official and made such a big splash on the market there would be more tablets coming that were similar. Barnes & Noble has been trying to steal some of the market that Amazon has grabbed with its Nook line of eReaders for a while. The latest attempt at competition with Amazon from Barnes & Noble is the new Nook Tablet which was unveiled today. 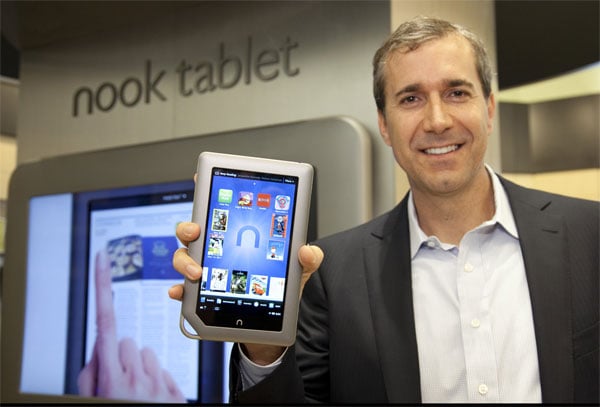 The Nook Tablet is a 7-inch screen color tablet running the Android OS. It has 16GB of storage onboard, which is twice what the Fire offers. The Nook Tablet also has a microSD card slot for storage expansion. Inside the tablet is a 1GHz TI OMAP4 dual-core CPU with 1GB of RAM. The battery is good for 11.5 hours of reading and 9 hours of video per charge. The bright IPS screen supports 16 million colors and has a non-glare design. 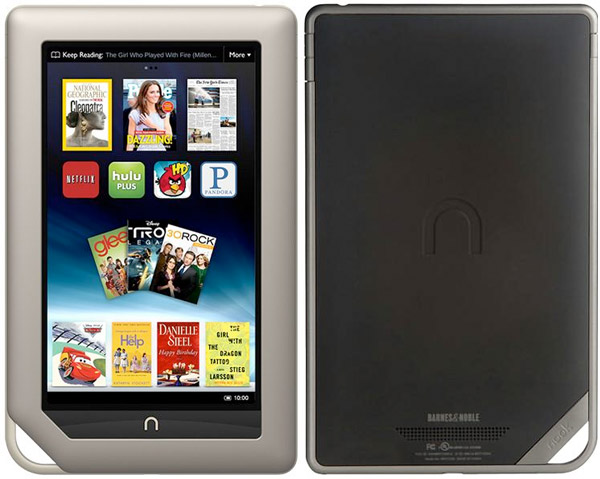 The tablet is good for eBook reading and streaming video, but also can run thousands of Android apps, surf the web, and check your email. Mashable has a hands-on demo of the Nook Tablet in the video below:

It will come with apps for Netflix and Hulu plus installed already and will have access to the B&N bookstore. The Nook Tablet will ship November 18th and can be pre-ordered right now for $249.99 (USD).