Honda has been busy, and not on new versions of the Civic or Accord. Today, the company has unveiled their new ASIMO robot, improving upon the 10 year-old design. Now ASIMO can kick balls, (hopefully not human male’s) hop on a single leg and it can even predict the direction a person will walk, so that it can avoid collisions with the person. 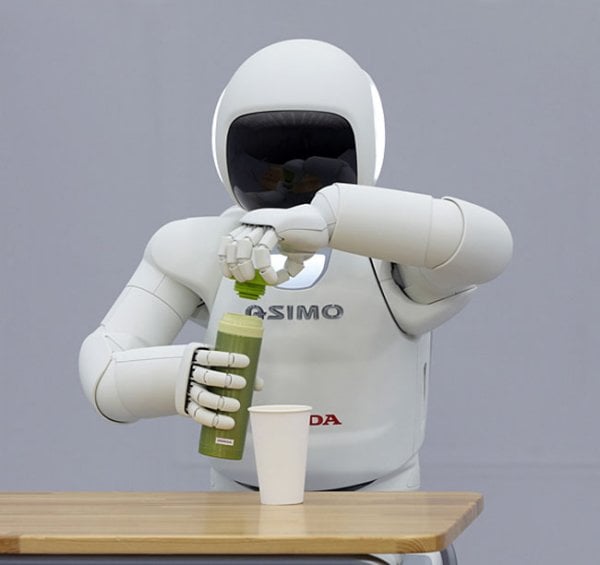 This new robot also has a much improved intelligence and can adapt to situations. He still can’t sign autographs.

Of course he can still do all of the things that he used to as well, which includes running and stealing the show at whatever events he attends as well as open a thermos and pour a drink. That last should come in handy on Jabba’s Sail Barge, should he ever decide to infiltrate and rescue his friends.

[via TechCrunch via Geeky Gadgets]