AirDrop Irrigation System Makes Water Appear out of Thin Air, Charges Nothing for the Trick

The winner of this year’s James Dyson Award may not be a high-tech smartphone or some other exciting consumer product, but it is innovative and most importantly very practical. Invented by Edward Linnacre, a student at the Swinburne University in Melbourne, Australia, the AirDrop Irrigation system condenses water vapor from the surrounding air and turns it into water. 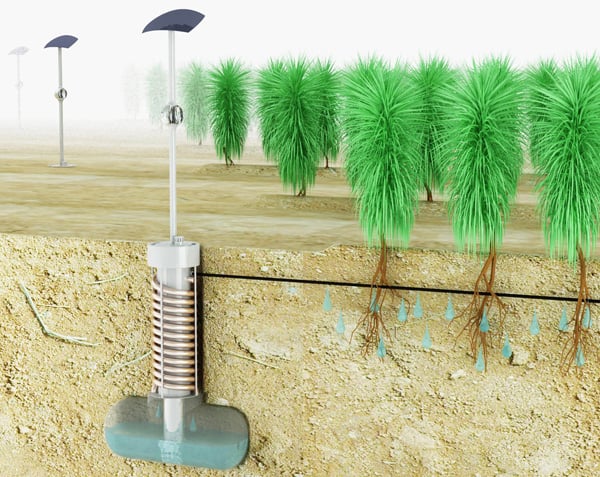 The AirDrop works like a refrigerator or an air conditioner. But whereas water is just a byproduct in the other two devices, it’s the main output in this instance. An air turbine intake near the top of the device sucks air in, which is then cooled by the surrounding soil as it passes through the copper tubing to facilitate condensation.  The collected water is then pumped out through a semi-permeable hose to the roots of plants. The parts that need power – the turbine and the pump – get their juice from a battery, which in turn is charged by the solar panel on top of the device. 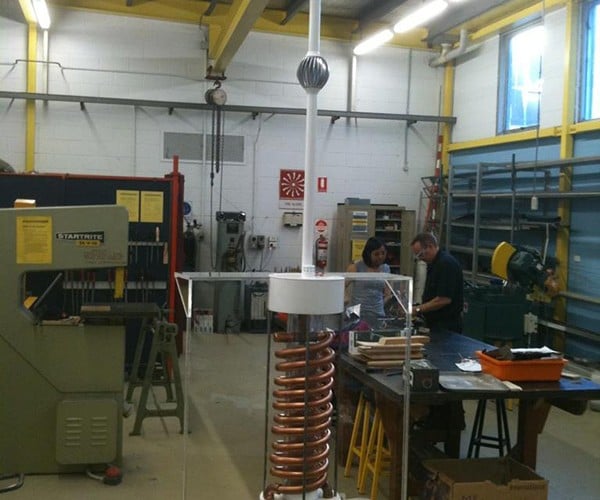 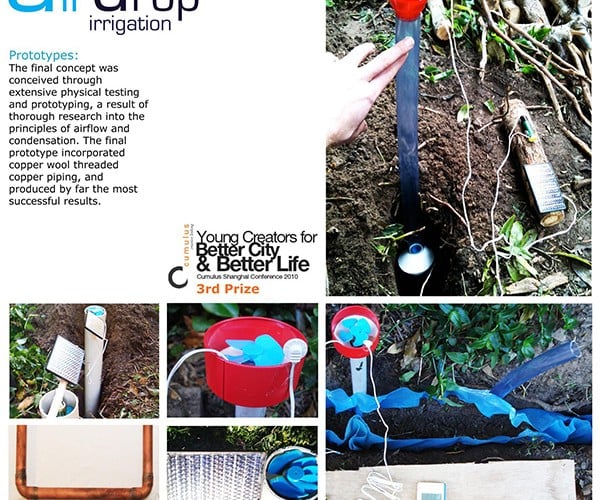 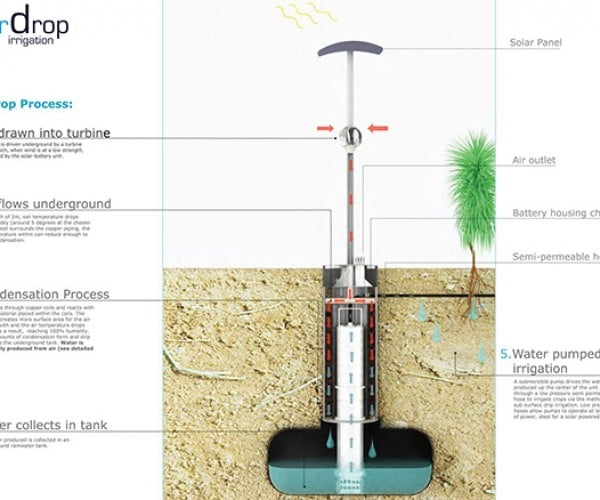 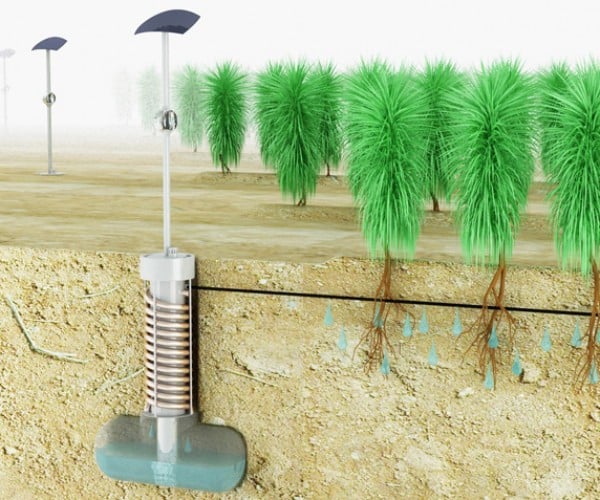 Good man. Linnacre and his university were each awarded £10,000 (~$16,000 USD) for his invention. Linnacre, who invented the AirDrop as a potential aid to drought-stricken farmers, plans to use his winnings to further develop his device. I hope he succeeds. I also hope Apple doesn’t sue him.