This officially licensed portrait of Portal 2’s Aperture Science CEO isn’t just a bunch of ink on paper. It has been enhanced by science! It will blast one of 13 embedded quotes from Cave Johnson when it detects movement or when you touch the plaque at the bottom of the portrait. 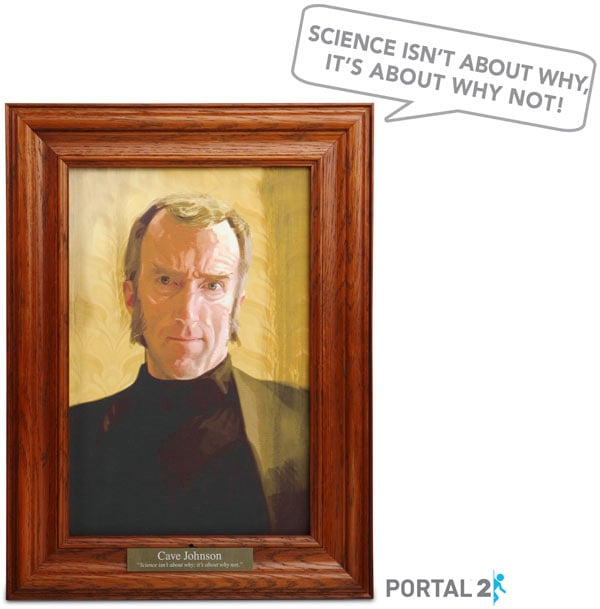 I still think it would’ve been much better if Valve just made Cave Johnson look like J.K. Simmons. I don’t know about you but I can’t imagine his voice coming from someone else’s head. Here’s a demo of the portrait, taken from Aperture Labs:

Goddamn mantis men! ThinkGeek was selling the collectible for $40 (USD), but they ran out of stock. You’ll just have to check back on December 17 to get one.