It has been several months since we talked about the Nintendo DS game Wappy Dog. The game is now officially available to purchase just in time for holiday gift giving. If you have kid that wants a real pet, you might start them with this virtual pet simulation. Rather than just a digital pet, Wappy Dog actually has a real robot dog that kids can play with. 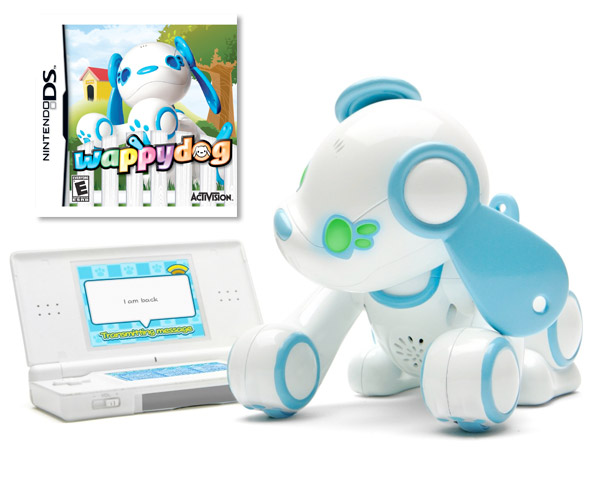 The player has to raise Wappy though five different stages of development. The stages range from a puppy up to an adult dog. As the player is able to take care of the pet and as it grows the behavior and voice of the robot pet changes as well. Each of the pets is customizable and comes with stickers.

The robot dog accessory will bark at the player and the game will translate what the barks mean for the players. The pet has a digital mode so the player can nurture the virtual pooch even away from the hardware portion. The game is only for Nintendo DS  and sells for $49.99 (USD) including the robot dog accessory. This is one pet that won’t poop in the yard and parents won’t end up having to feed.