We have a bit of a thing for the odd around here. For some reason we have a fascination with the ordinary ice cube tray that makes ice look like something unusual. One of our favorites is the ice tray that makes ice straws. Another cool ice tray has surfaced that needs to be in any geeky gadget infested kitchen. 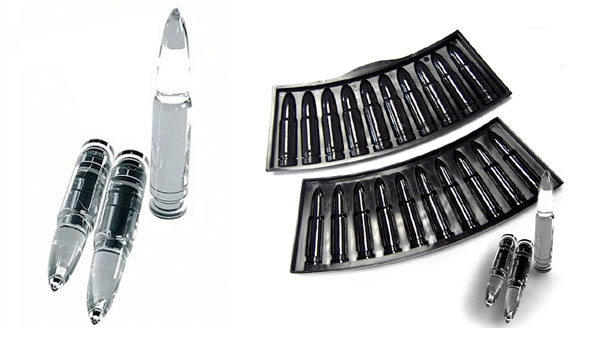 This ice tray looks like a banana clip from an assault rifle. It will make ten ice cubes that are shaped like bullets. Since the ice cubes it makes are bullet looking on both sides, this must be some sort of two-sided mold.

When you pop them out you get bullets complete with cases and all. I think this will give a new meaning to, “Let’s do some shots!” You can get your hands on the Bullet Ice Cube Tray over at Amazon for $6.99 (USD).

[via Red Ferret via Boing Boing via Gizmodo]