Hilly Inflatable Flooring Wants to Trip You Up, Ain’t Just for Hillbillies

In a lot of countries, particularly in Asia, people sleep on futons or mats laid down on the floor instead of on beds. It’s not because of a lack of funds or because they have an aversion to beds; it’s just part of their culture and how they’ve been raised and what they’re used to. And really, I don’t think there’s anything wrong with sleeping on the floor, as long as you don’t find it uncomfortable.

And there’s also some pretty cool concepts and designs for floor mats-slash-beds like the Hilly. 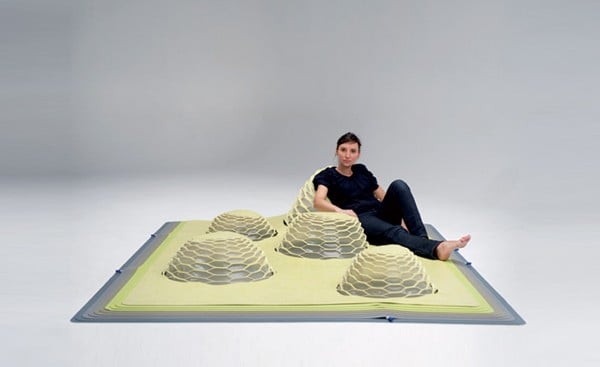 The Hilly was designed by Elise Fouin for flooring company Tarkett. It sort of reminds me of the Land Peel, which was a floormat with pre-cut furniture that you could fold up when you needed it. You can’t fold stuff up to eventually sit on, but what you can do is inflate it (yes, you read that right, inflate!) to give rise to five little hills. 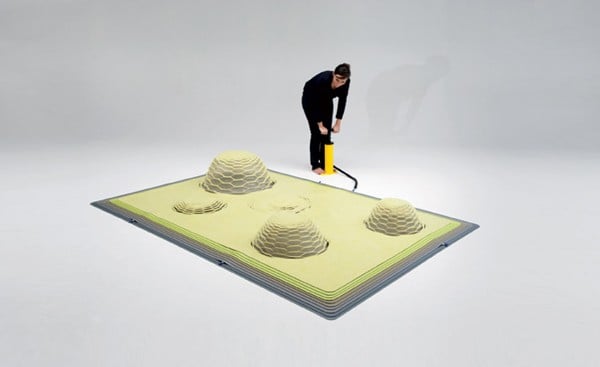 Or you could just, you know, enjoy the Hilly in its un-inflated form: flat and cushy-feeling, I presume. The Hilly is comprised of nine layers of vinyl flooring material, with a balloon system embedded inside it for the hills to come alive when air is pumped into it. 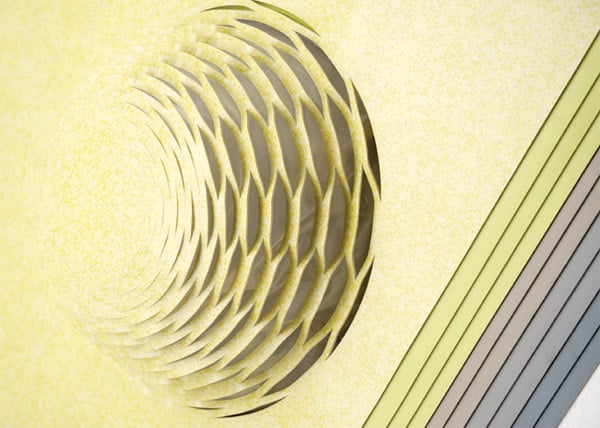