Most humanoid robots either have a silly face, or a cold emotionless one and certainly most only have that one face. How about a robot that can change faces whenever it wants? I’m talking creepy 3D faces that make them look human. It has arrived. 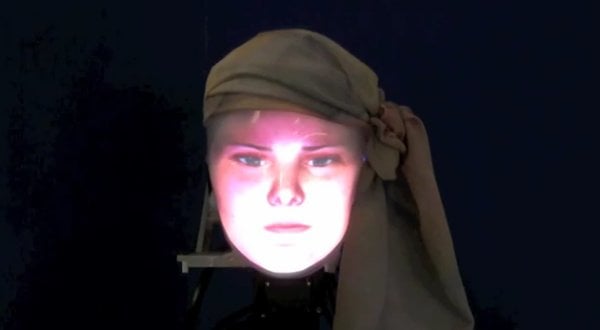 Created by Dr. Takaaki Kuratate, Mask-Bot has a lifelike human face, though it looks like a video game character. It could have many that it simply puts on. The face is created using 3-D images projected onto a plastic form. 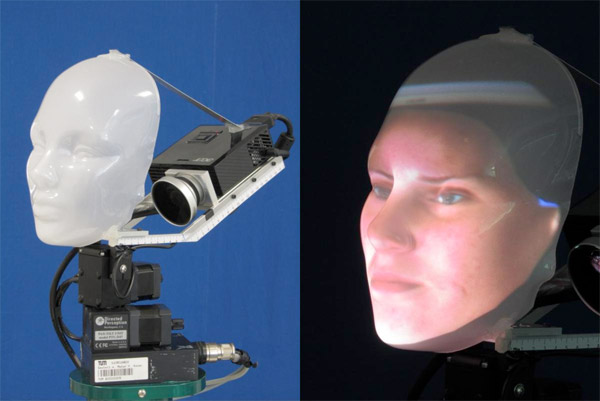 The “talking mask animation engine” conveys emotion just like humans do. It will blink and even raise it’s virtual eyebrows. Obviously this could be big for video conferencing, but it has many other applications as well.

How about putting a face you know on a cold sex bot? Maybe it could be used as a virtual spy, fooling people into giving up any info you are looking for. It will be interesting to see where this goes.

[via PopSci via Theweek]