While a version of iOS 5 is available for other iOS devices aside from the iPhone 4S, only Apple’s latest phone can run Siri, the much-hyped virtual assistant. Officially, that is. A trio of developers have conclusively proved that older hardware can handle Siri, in this case the iPhone 3GS. 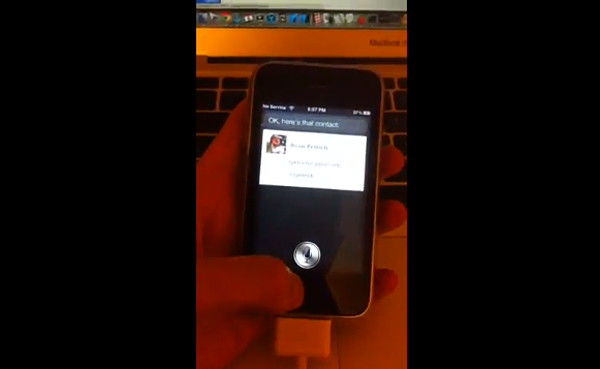 The hack was made possible by app developers Grant Paul (aka chpwn), Steven Troughton-Smith and Ryan Petrich. Paul recently talked about the hack on his blog, saying in deliberately vague terms how the hack was done and why, sadly, they can’t distribute the port or share how they did it. TL;DR version: It’s illegal. There is hope though, as Paul also mentions that he’s not willing to share the details “to try and ensure that you all will be able to use it in the future.”

So if we can’t have it, what use is this hack? As I said, it conclusively proves that Siri can run on hardware older and less powerful than the one inside the iPhone 4S. I’m no software or marketing expert but the way I see it there are three reasons why Siri is only available on the iPhone 4S for now. First of all, it’s one of the draws to buy the latest phone. More money for Apple. Second of all, as good as Siri is Apple made it clear that the software is still in beta. It’s safer and easier this way. Finally, I think making Siri available on even just one or two other devices will tax Apple’s servers. Just adding the iPhone 3GS alone will add millions of Siris making requests, including yours truly. I guess I’ll have to upgrade before I can pretend to be a Seleção.