Kickstarter Project Turns the Gameboy into a Musical Instrument

The Nintendo Gameboy. One of the most iconic portable gaming systems in the history of video games. Its brick-sized form has occupied many a nerd for hours on end with it’s monochrome green-grey display and carnival like sounds. How could you possibly wring more geek joy out of this device? By turning it into a geeky musical instrument of course. 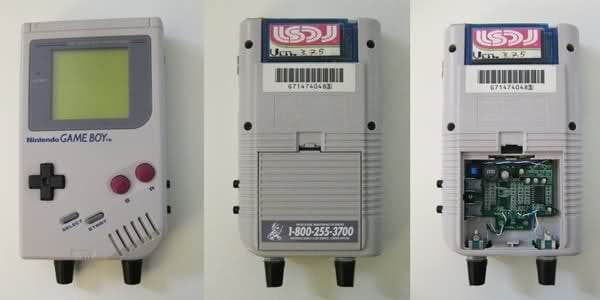 This Kickstarter project aims to transform an original Gameboy into a retro music instrument that has analog controls and a stereo/mono switch, along with a bunch of retro sounds.

So if your band needs some extra geeky sounds, here’s your new member. The kit improves the outdated Gameboy audio, adding controls for cutoff, resonance, bypass, and envelope follower. It’s hard to describe, so watch that video and turn up the volume for some chiptune fun.

A pledge of $90 will get your a bare-bones kit to do the mod yourself, while $174(USD) will get you a modded Gameboy and 6 volt power supply.