This is the ultimate motorcycle if you ask me. I have wanted a jet bike since I was a kid when that Battlestar Galactica TV Movie had Starbuck and Apollo flying around on jet bikes. This jet bike doesn’t fly, but it is something special – a 1929 style Harley with two jet engines. 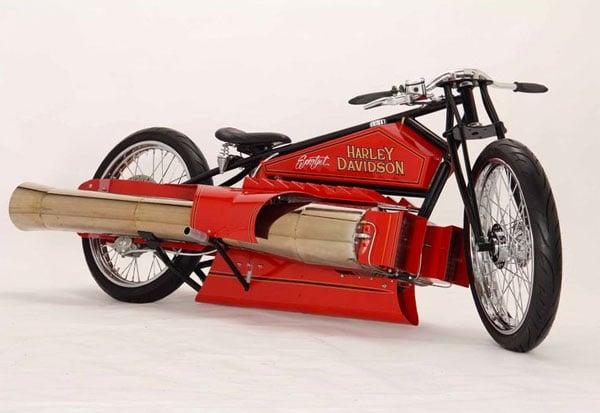 I can only imagine it’s a flaming death trap waiting to kill anyone that sits on it. I can also imagine it will cook your legs all the way through before it blows up and kills you. The special bike was created by Robert Maddox with the goal of hitting 200mph. 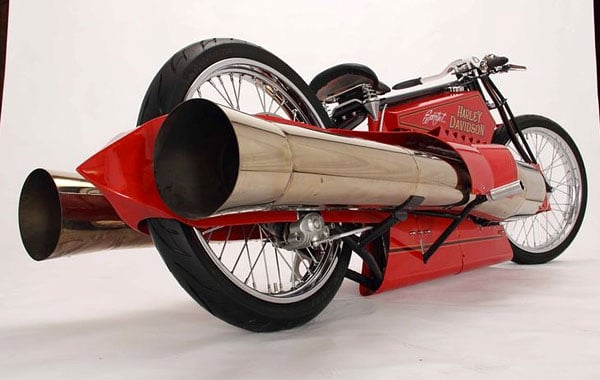 I can’t imagine going on a motorcycle at 200mph, much less on a bike with a pair of jet engines under your butt. Still, death on wheels never looked so cool. This is one serious cool bit of kit and it just sold to one lucky buyer on eBay for a whopping $25,000 (USD). 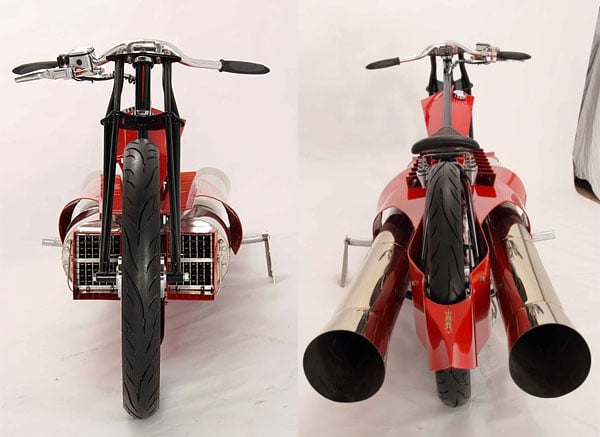