If you’ve ever wondered how much faster your Xbox 360 might play if the games weren’t loaded from its relatively pokey DVD drive, and instead loaded directly from a speedy hard drive, you’re about to find out. 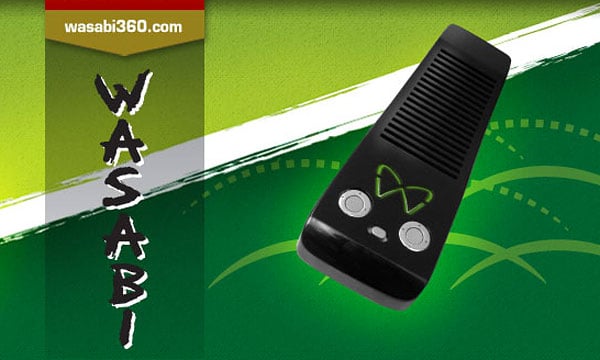 Thanks to a new device called the Wasabi 360 Ultra, you’ll be able to load ISOs of your Xbox 360 or Xbox 1 games directly onto any ESATA hard drive, and boot and run the games as if you had the original DVD in the tray. The Wasabi 360 attaches to your console – connecting between the motherboard and the DVD drive. Installation is solderless, but does require that you crack open your Xbox 360, and make some minor modifications to its metal shielding to allow cables to pass through.

Since the Wasabi 360 uses an ESATA interface instead of USB, it’s smokin’ fast. Games are loaded from inside the Xbox 360 Dashboard GUI, letting you quickly and easily jump between games without getting up from the couch. It even supports multi-disc games.

Here’s a demo of the Wasabi loading up CoD: Black Ops, and then Driver: San Francisco without so much as a disc in sight.

Clearly games load way faster from the Wasabi-enabled hard drive than from DVD, and not having to deal with scratched discs and “dirty disc error” messages ever again has appeal. The Wasabi guys also plan on adding the ability to rip ISOs directly to the hard drive in a future upgrade, but for now you’ll need to burn ISOs using your PC.

Unfortunately, I’m pretty sure that Microsoft will assume that the primary use for the Wasabi will be for game piracy – while I personally think it would be a great add-on for legitimate game owners too. I’m hopeful that Microsoft won’t stand in the way of this nifty console enhancement and potentially ban its users from Xbox Live. Perhaps someday Microsoft themselves will offer the ability for you to load your entire games directly to the hard drive, and just limit piracy by not allowing multiple copies of the same serial number to be installed on multiple consoles instead of forcing you to still insert the DVD every time like they do today.

The Wasabi 360 Ultra sells for $99.95 (USD) and is available for pre-order in both Xbox 360 Slim and Fat versions over at ConsoleSource.