To be perfectly honest, I don’t remember too much about the planet of Naboo. I’ve really tried to block as much of The Phantom Menace out of my mind as humanly possible, although occasionally I have a nightmare involving Watto flying around like a giant cockroach, and me trying to kill him with a can of Raid. 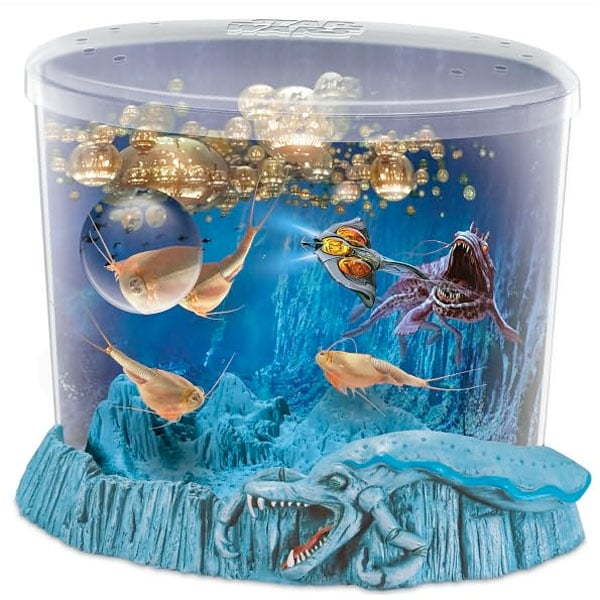 But I digress. For those of you who have a better memory of Episode I than I do, you might remember that the planet of Naboo had some sort of sea habitat. Well, if you’re especially fond of this unmemorable Star Wars locale, you can recreate it in your living room, thanks to the Naboo Sea Creatures Science Kit. 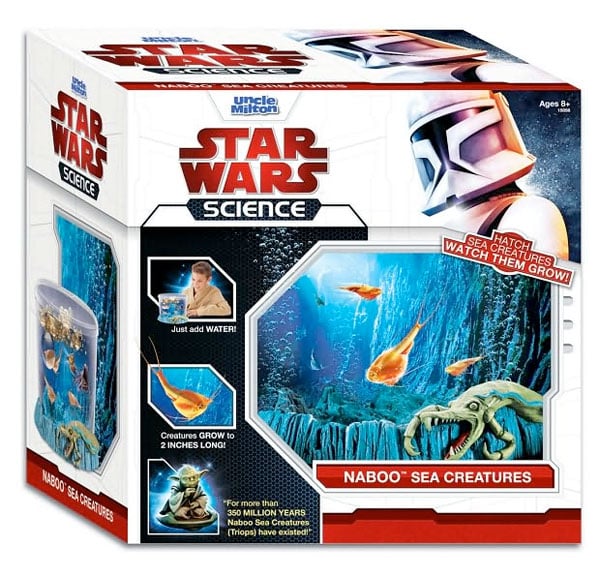 The kit is basically just a plastic aquarium, decked out to look vaguely like the underwater world of Naboo – minus the Gungans. Where does the “science” part come into play? Well, this watery world will soon be filled with a family of Tripod Longicudatus. While that sounds like some sort of otherworldly critter from Naboo, they’re actually just some sort of weird looking shrimp.

In case you’re wondering what they look like up close, scroll down for a picture: 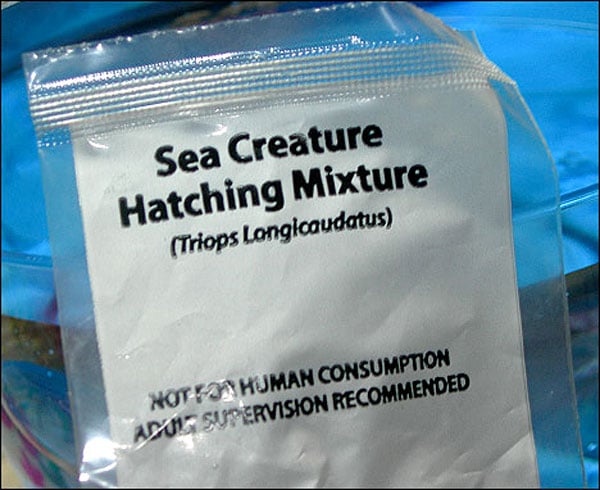 Damn, and I was planning on deep-frying a batch of them for dinner tonight. Stupid “Not for Human Consumption” labeling. I have it on good authority that you could feed some to Jar Jar though. Nothing bad will happen to him, meesa promise yousa.

Frankly, this whole thing reminds me of the old Sea Monkeys scam from when I was a kid. Here I thought that I’d have a tiny underwater civilization of “eager to please” underwater indentured servants, and all I got were a bunch of microscopic, ugly looking brine shrimp. 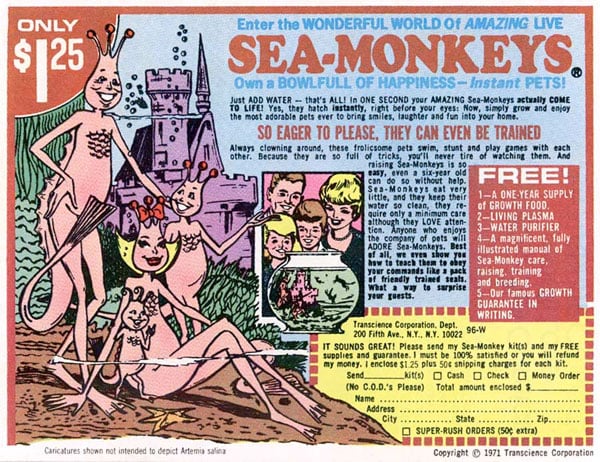 Why is it that they had to recreate Naboo anyhow? Why couldn’t they have released a Hoth Science Kit, complete with blocks of dry ice and tiny little wampa and a tautaun you can cut open so its warm guts can spill for you to stick your Luke Skywalker action figure inside of it? And while they have released a Mustafar Volcano Kit, it really should spew hot lava and ash instead of vinegar and baking soda.