Calgary Flames fan/idea man/not just another Dave, Dave Delisle is selling hockey jerseys featuring the best fictional teams since the Mighty Ducks. The first two jerseys are of the Winterfell Direwolves and the Lannister Lions from the Game of Thrones’ House Stark and House Lannister. The third jersey features the space robot lions of Voltron. Team Voltron has to have the best goalie ever, because defending a goal is nothing compared to defending the universe. 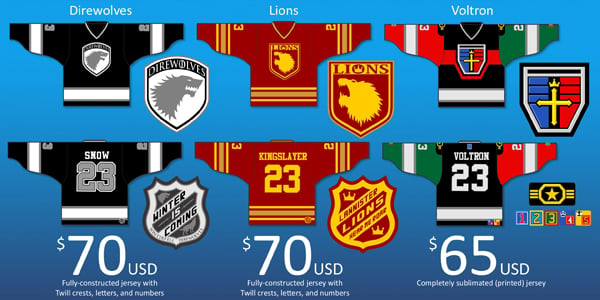 Unfortunately Dave hasn’t posted many pictures of the actual jerseys, although he did upload this shot of the Direwolves jersey: 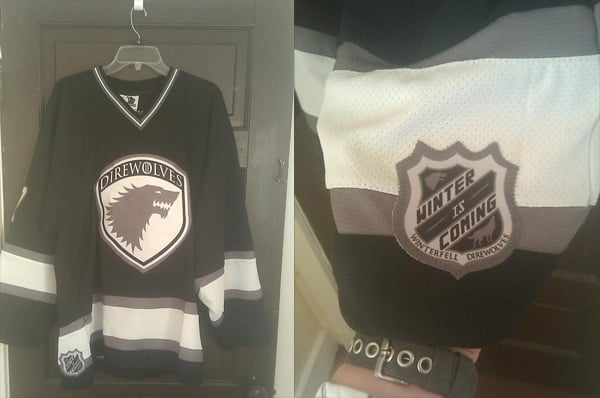 Skate to Dave’s Geeky Ideas now to order the jerseys. As the top picture says, the Game of Thrones jerseys are $70 (USD) each, while the Voltron jersey is $65 plus shipping. You can request for custom names or text up (to 10 characters) on the back at no extra charge.

[via Topless Robot via Fashionably Geek]