Of all the fighters and space ships that were in the Star Wars flicks, my favorite was always the X-Wing that Luke flew. I never had one as a kid when the toys were out for some reason, each time I had the loot saved, I spent it on something else. I did have the giant Millennium Falcon though. I like LEGO stuff and when its Star Wars ships made from LEGO, I get all tingly. 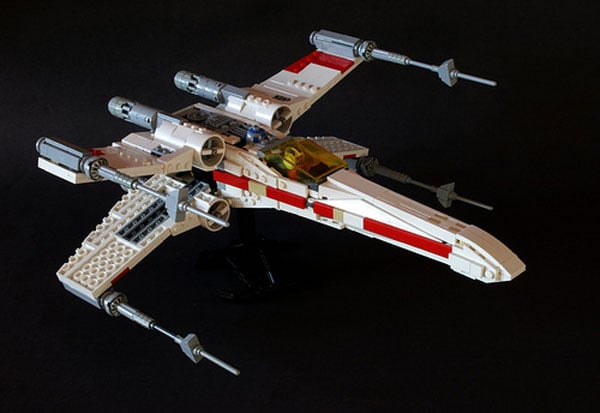 Mike Psiaki created this very accurate X-Wing fighter using LEGO bricks, and it looks awesome. I always wonder how exactly the people that build these accurate models of ships do it using only LEGO components. One of the most detailed and accurate parts is the nose of the ship. I wonder how long it took him to figure that part out alone. 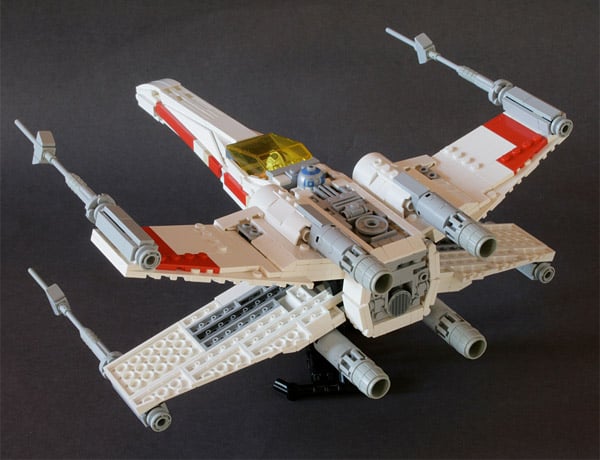 The LEGO model apparently even has working landing gear, and the wings can even open and close. 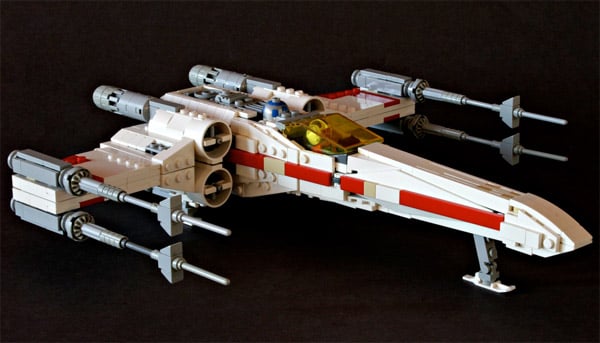 There is even room inside the little cockpit for a minifig Luke, and R2-D2 in the back. What do you think? Is this the best LEGO X-wing you have ever seen? 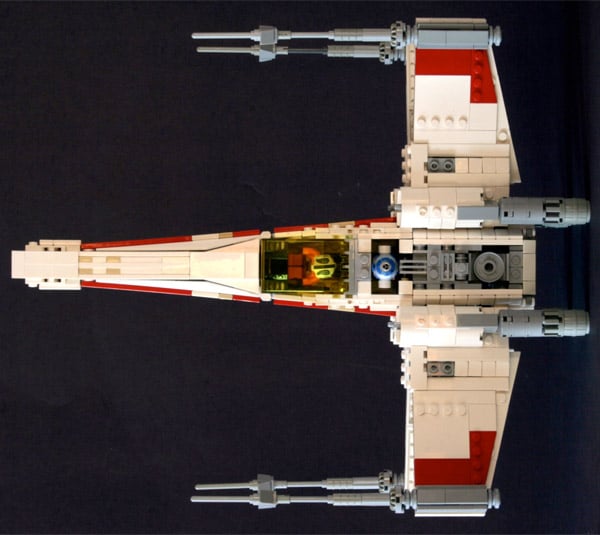