If you are one of the masses that purchased Call of Duty: Modern Warfare 3 on launch day, you helped contribute to a record breaking 24 hours. MW3 set an all time video game sales record with a gigantic launch day. In North America and the UK alone, the game racked up over $400 million in sales. 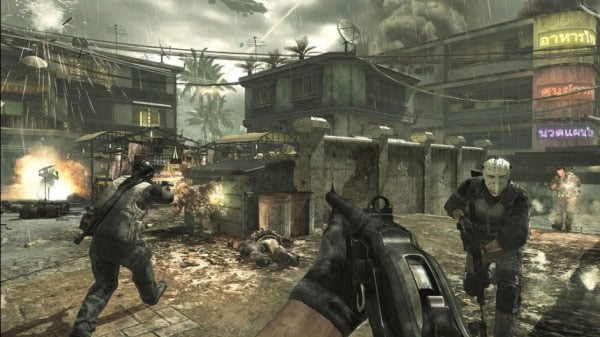 The game moved about 6.5 million copies in those two areas alone. The game that MW3 beat out to take the record was Activision title from last year, Black Ops. That game made $360 million in the first 24 hours. The game proved so popular that Xbox Live set a record as well. There was so much launch demand for the game, prior to its release thieves hit a truck with 6,000 copies of the game inside worth more than a half million dollars.

After two days of the game being available, a record was set for simultaneous players on Xbox Live for a new peak concurrency record. “We believe the launch of Call of Duty: Modern Warfare 3 is the biggest entertainment launch of all time in any medium, and we achieved this record with sales from only two territories,” said Bobby Kotick, CEO, Activision Blizzard, Inc. “Other than Call of Duty, there has never been another entertainment franchise that has set opening day records three years in a row. Life-to-date sales for the Call of Duty franchise exceed worldwide theatrical box office for Star Wars and Lord of the Rings, two of the most successful entertainment franchises of all time.”