As Nintendo fans are no doubt already aware, Super Mario 3D Land was launched over the weekend in the US. To celebrate, Nintendo put together a special event in Times Square, where they created an actual real-life level based on the game. 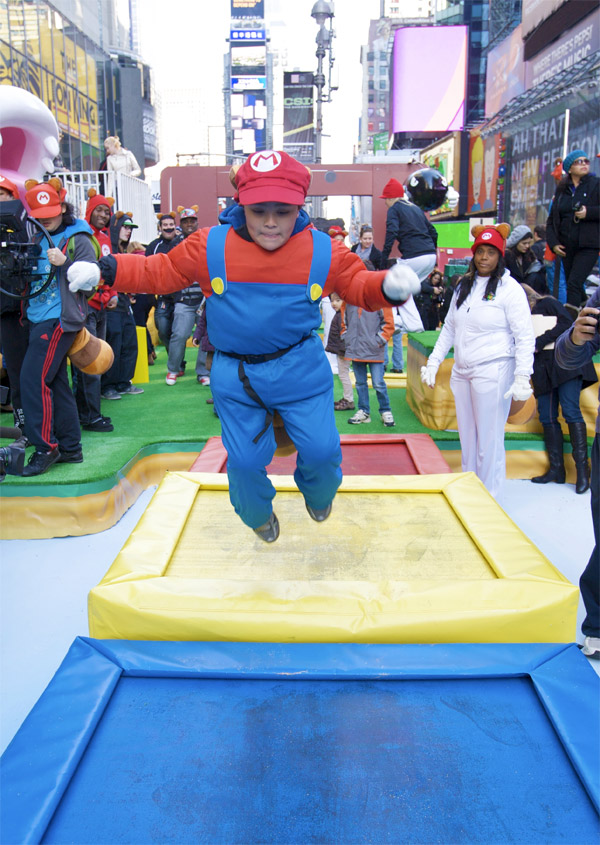 If you were lucky enough to be there for the event, you got to run around and actually play a real 3D life-sized level, which included jumping on platforms, stomping on enemies, sliding through pipes and more. Sadly, there was no Bowser at the end of the level that you had to defeat. 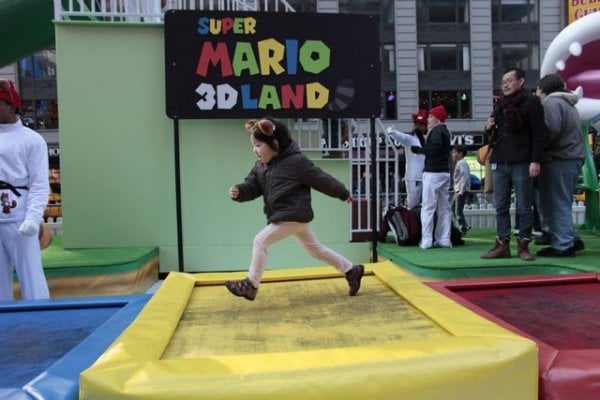 Those who just wanted to check out the 3DS game were also able to do so, since they had booths where you could check out Super Mario 3D Land before buying it. A good time was had by all.