Not sure how I missed this, but apparently PETA has a problem with Nintendo’s Super Mario 3D Land launch. The organization has taken aim at Mario himself, making it look like he has to kill a raccoon to wear that Tanooki suit from the game, and somehow that Nintendo is making the statement that they are pro-fur. Shouldn’t they be actually saving real-life animals? 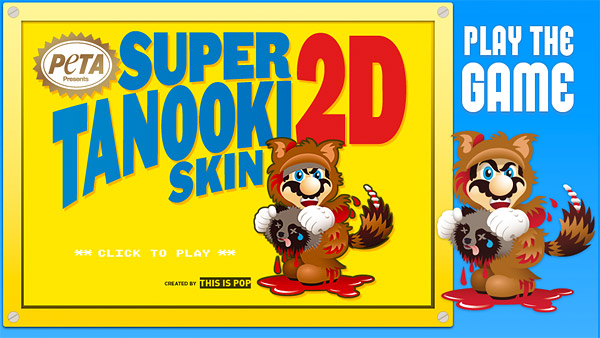 Anyway, Nintendo has responded to PETA’s attack, schooling them on common sense and laying down the smack like a plumber’s foot on a Goomba.

Mario often takes the appearance of certain animals and objects in his games. These have included a frog, a penguin, a balloon and even a metallic version of himself. These lighthearted and whimsical transformations give Mario different abilities and make his games fun to play. The different forms Mario takes make no statement beyond the games themselves.

Seriously PETA, stick to helping real animals and we will all love you for it. It’s this kind of nonsense that makes you look like idiots and hurts your cause.