HexBug Larva Robots Ready to Squirm into Your Life

You may or may not know this about me, but I really dislike bugs. Not dragonflies or ladybugs, mind you, just the really creepy crawly type. And while it’s usually the ones with thousands of legs that really freak me out, larvae are about the next worst thing. Now, in case there weren’t enough actual larvae squirming around the planet, you can buy yourself a robotic one. 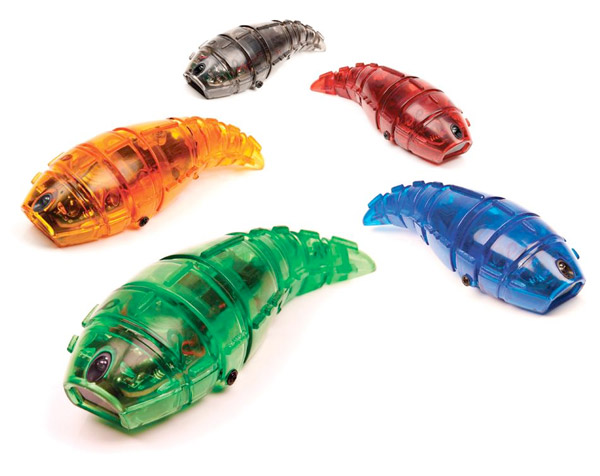 The latest HexBug robot looks like a nasty larva, except made out of plastic instead of whatever slimy stuff actual larvae are made of. What makes these things even more creepy is that they have robotic brains inside of them. 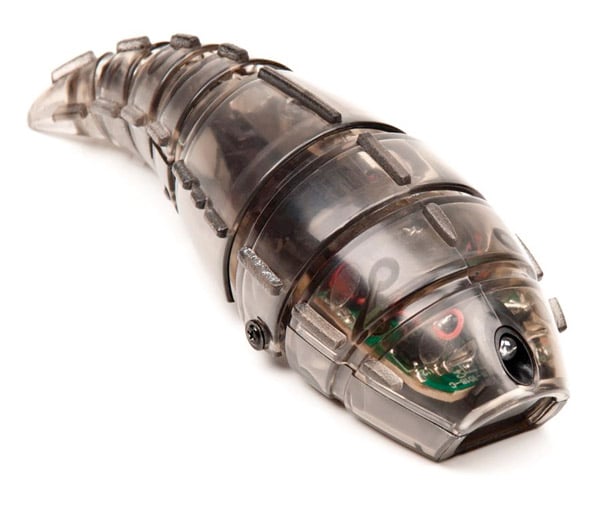 The 3.9″ long oversize larva robot slithers around on any smooth surface, with its tail wriggling from side to side. When it sees an object in its way, it automatically changes direction, and keeps on moovin’ and groovin’. Great. This thing is going to be able to avoid my attempts to kill it with Raid. Guess there’s always my shoe.

These creepy crawlers are great stocking stuffers for kids, assuming they don’t actually leave them in their socks when they put them on. They’re also great for reproducing that scene from Star Trek II: The Wrath of Khan, where he puts that nasty bug in Chekhov’s ear (that scene is way better in German, BTW). Actually, kids, don’t put these in your ears.