Well, I can hardly believe it myself. Technabob just hit its 10,000th post. Actually, this post is number 10,000, so I’m cheating just a little. From our simple beginnings back on June 11, 2006, until now, our humble little site has brought you all manner of cool and unusual gadgets and gizmos, wacky video games, crazy robots, and unique geekery from around the world. 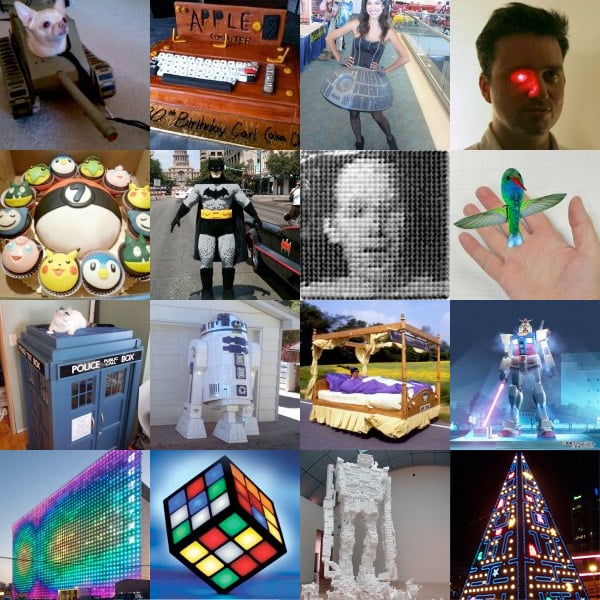 I just wanted to take a moment to thank you, our readers and fans for all of your support over the years. Without you, we wouldn’t be here. I started Technabob out as a side project while I had a full-time “real job” and literally no budget – working all hours of the night and the wee hours of the morning scrounging for cool stuff to write about. Over the years, we’ve managed to grow the site enough that I was able to quit my full time job, focus 100% on blogging, and actually make a decent living at it. It’s thanks to your readership and loyalty that I can feed and clothe myself, pay for health insurance, and our small, but dedicated team of writers. I know many of you dream of working for yourself some day, and this little blog here is proof-positive that if you put your mind to something, you can really achieve your dream.

As a result of our success, I even have been able to expand our tiny blogging empire, with the launch of The Awesomer (shameless plug time) – which features all tons of cool stuff, like smokin’ fast cars, slick industrial design and art, funny videos, action-packed games, movies, and even a smattering of gadgets and tech. It’s a true showcase for creativity and generally awesome things. If you haven’t checked it out, you should. It’s pretty addictive if I must say so myself.

You’d think that with 10,000 posts under Technabob’s collective belts, there wouldn’t be much else to say, but we’ve only just nicked the surface on the world of cool gadgets, gizmos, games and weird science. Thankfully, there’s no end to the creativity and ingenuity of mankind.