Pocket Projector Turns Your iPhone into a Portable Movie Theater

iPhones are great, but if you’ve ever tried to watch movies on one, it’s a pain. With a Retina display images look good, but the screen is just way too small. If you want to watch something good, it’s best to watch it on your flat screen TV – unless you want to project it onto the wall from your iPhone. That’s just what this Pocket Projector does. 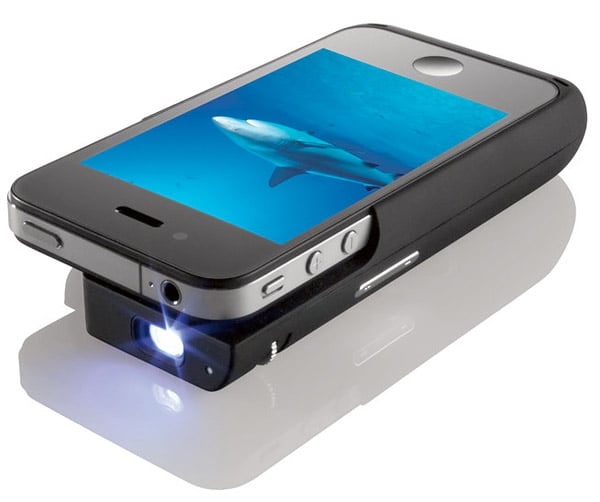 It’s hard to tell if this is the same projector that was being offered up exclusively in Japan a while back, but it definitely looks similar, and it’s now available in the States. It will work with either of the iPhone 4 versions, and it will deliver an image up to 50” at a resolution of just 640×360 and a brightness of 15 lumens. Hey, it’s better than that small screen. All you need is a blank wall and a place to set down your phone. The case will also serve as a backup battery for your phone, which is handy.

The iPhone Pocket Projector will cost you $230(USD) from Brookstone.