Another year, another Zombie Safe House Competition. This entertaining annual contest seeks out the best ideas for protecting you from a zombie attack, and they recently revealed the winners for this year’s outing. This year’s winner: The Vagabond Mobile Safe House Device (or v.MSHD for short.) 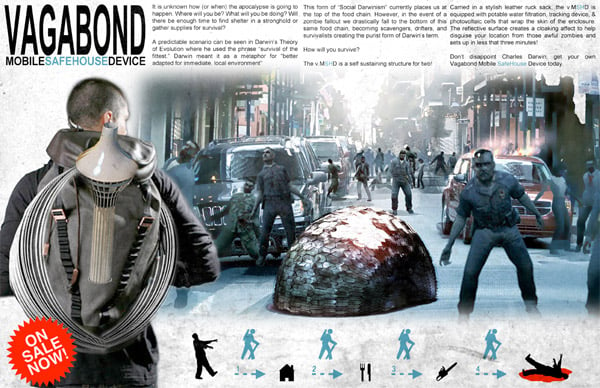 Designed by Austin Fleming, the Vagabond is a portable shelter, which one could strap to their back and quickly set up to keep those brain-seeking zombies out of your way. The concept behind the Vagabond is that it would provide a complete safe haven from zombie hordes, thanks to its sturdy coiled dome structure, and its reflective shell. 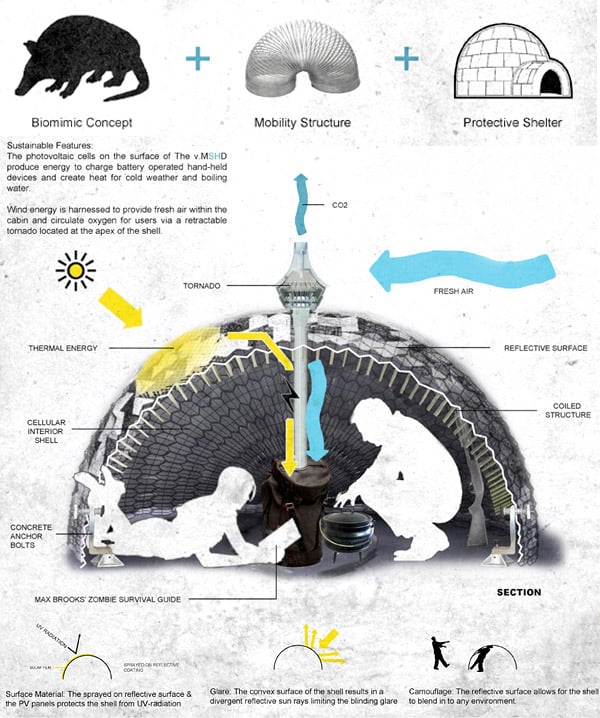 The exterior of the shell helps the shelter camouflage into any environment, while at the same time, bouncing bright sunlight back into the zombies’ eyes. Sounds like it might help keep vampires out too. Inside the shelter, a ventilation system exhausts CO2, and battery-operated devices can be recharged thanks to the Vagabond’s photovoltaic surface cells. And want to know if the coast is clear or if there are zombies outside? Well, there’s an app for that. 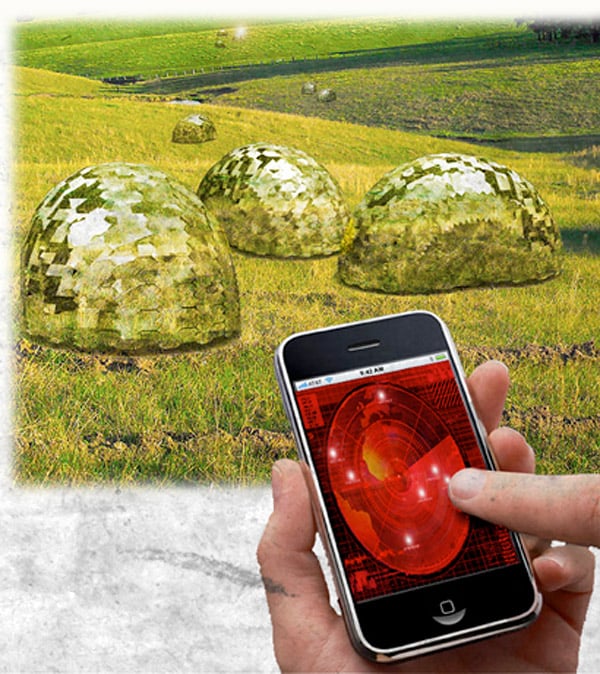 About the only thing missing from the Vagabond is a way to kill zombies from inside the shelter itself. I’d want to have those cutouts they have on armored trucks, which let you fire a gun from inside. Of course, if you happen to have the strain of zombies from The Walking Dead, that’ll just attract more. Guess you could always try and fire a crossbow at the approaching undead. 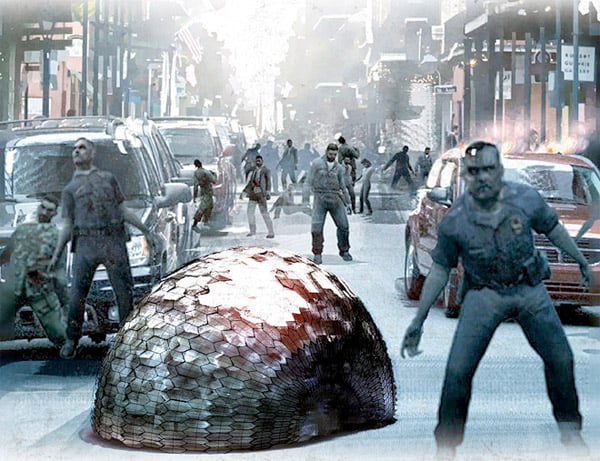 You can find more entries and runners up from the 2011 Zombie Safe House Competition here. My second favorite is the Zombie Steamhouse, which automatically takes care of approaching zombies by crushing them in giant gears and mashing them into a pulp. 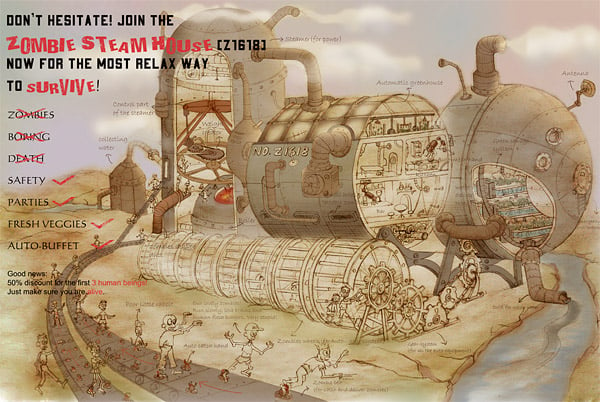