Despite the fact that the technology is ancient by digital standards, animated GIFs seem to be enjoying a bit of a renaissance. But beyond the thousands of pages of animated GIFs turning up these days on tumblr, there’s now a device which lets you view these primitive animated artworks without the need for a computer at all. 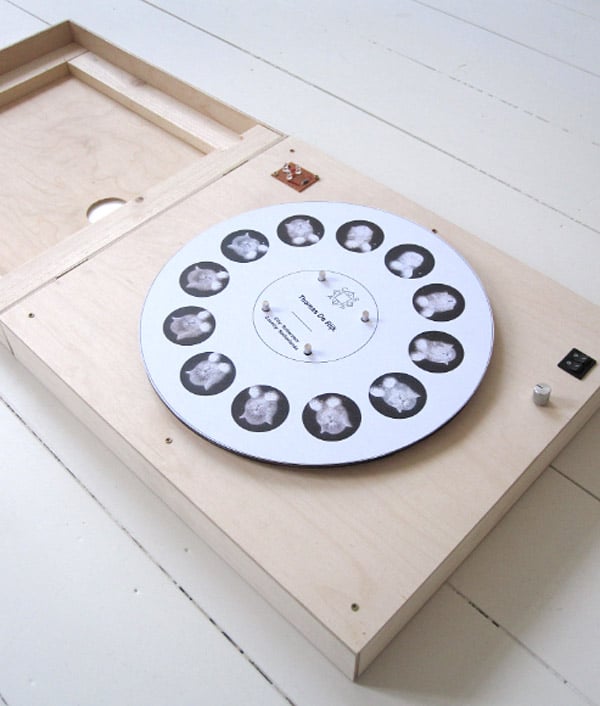 The GIF Player is a mechanical device which displays the images from an animated GIF by spinning them in sequence on a rotating disk. The machine was created by Pieterjan Grandry, and is based on a 19th century animation gizmo called the phenakistoscope.

It’s really a rather simple concept, in which images from the animation are spun in a circle below a window which only exposes a single frame at a time. With enough speed, the images create the illusion of movement.

The cool thing is that each animation can be printed onto a single record-like disc, so you could have an entire library of animations at your disposal with this.

While Pieterjan doesn’t provide build instructions for the GIF Player, I can’t imagine it would be that difficult to make your own. Heck, you could probably just hack one together using an old record player and putting that inside a box with a circular cutout.

[via It’s Nice That & Coudal Partners via Laughing Squid]