ExoPC EXOdesk: Like a Personal Microsoft Surface, But a Lot More Affordable

ExoPC just released a teaser about their EXOdesk, which looks like a Microsoft Surface that everyone can use, without breaking the bank. The desk will debut at CES 2012, but there is already a buzz starting about it. 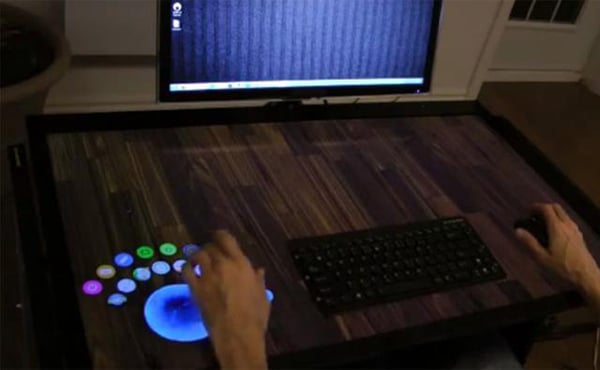 The EXOdesk is an interactive desk, which basically puts a 40-inch touchscreen at your fingertips. There’s isn’t much known about the hardware specs, but it looks like you’re basically using a big tablet to interact with your computer. It looks pretty cool if you’ve always wanted to have something like this, but I think we’ll see some Microsoft Kinect hacks that will go above and beyond what the EXOdesk can do.

The EXOdesk is expected to retail for just $1,299 (USD), which is way cheaper than a Microsoft Surface table (The Samsung SUR40 lists for $8,400), and probably more convenient since you can use it sitting down.

[via Goodereader via Ubergizmo]