If you’re looking for a gift for a young gamer, you could do a lot worse than Skylanders: Spyro’s Adventure. But what if they already have the game and all 32 collectible figurines? Then get them these modified Skylanders figurines. OMG look kids! It’s Prism Break sitting on Chop-Chop! 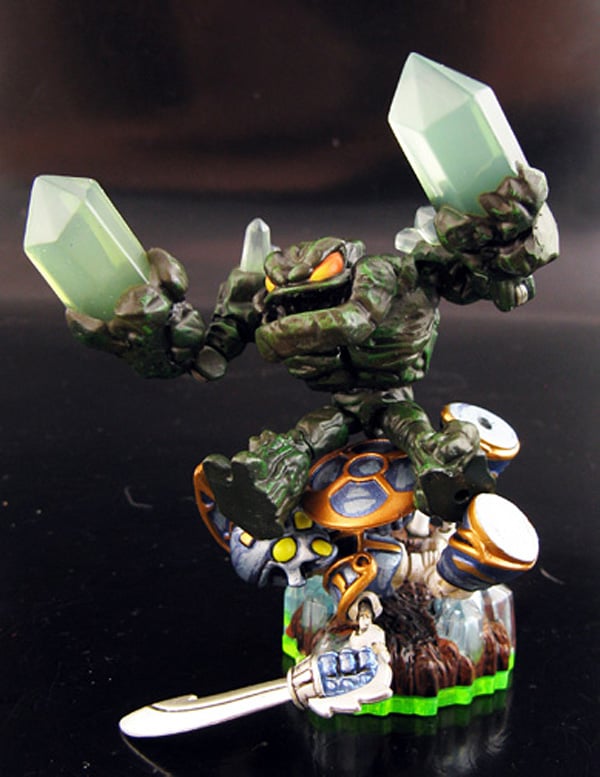 In case you’re not familiar with the game, Skylanders is a hack-and-slash game with a Pókemon twist – to play the game, you need at least one figurine. Aside from looking great, a figurine stores the data for its virtual counterpart. Each copy of Skylanders comes with a complementary “portal” accessory that connects to consoles via USB. Place a figurine on the portal to make the character appear in the game. Did I mention there are 32 figurines to collect? I can hear your wallet weeping, Mom and Dad.

Kids can exercise their imagination even further by playing with the figurines themselves. The thing is, the vanilla figurines are statues – highly detailed but static. But by adding parts from other action figures, master toy modder Jin Saotome was able to make three Skylander figures moveable. Their neck, shoulders, waist, elbows, hips, and knees are fully articulated, plus they can be taken out of their base. 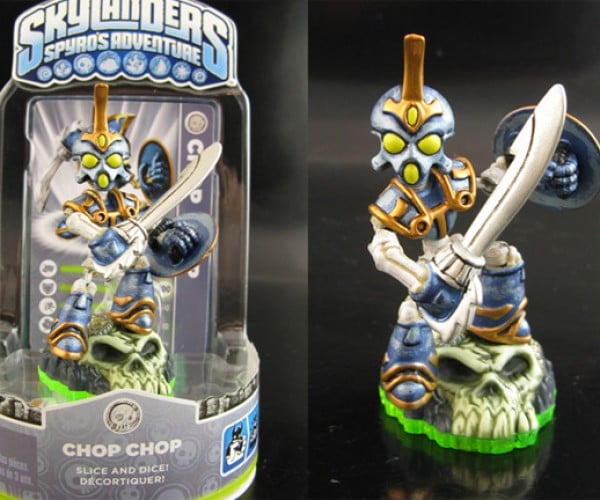 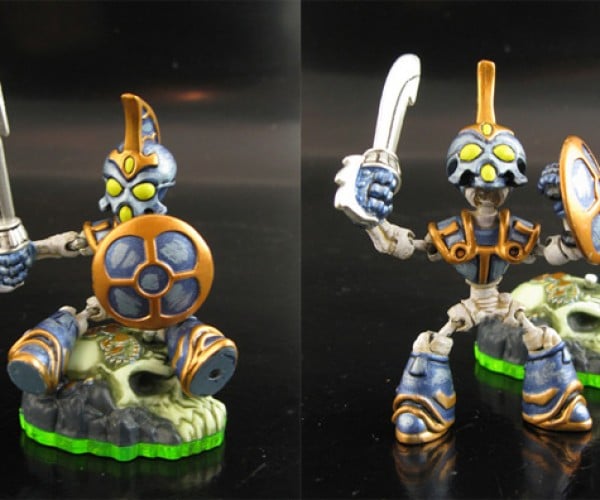 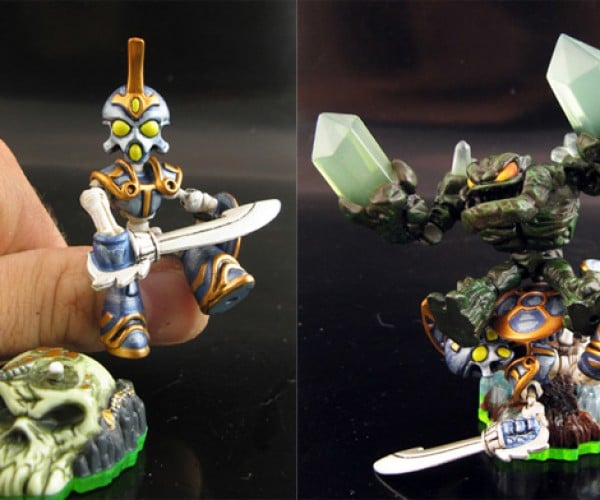 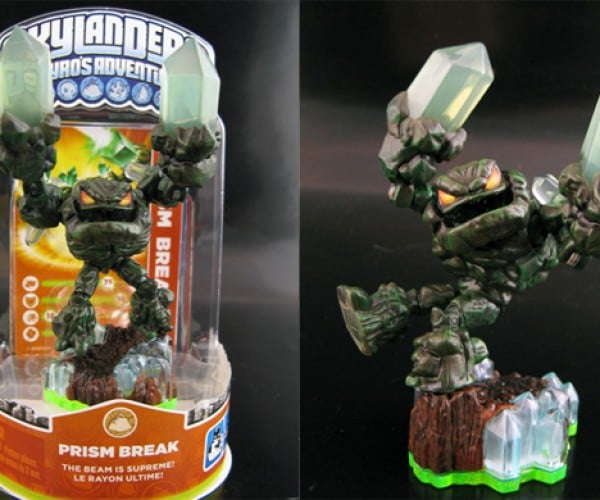 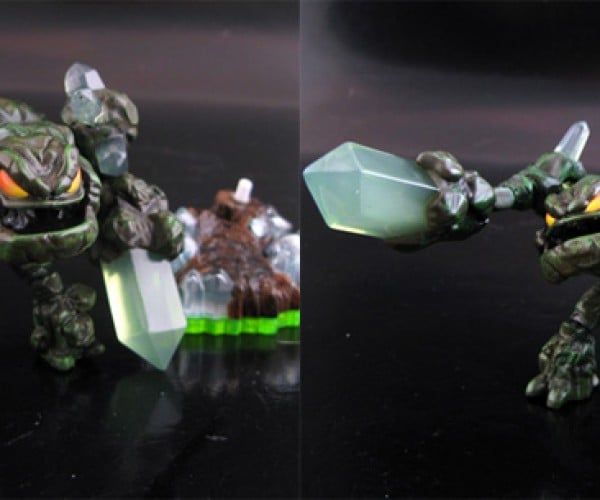 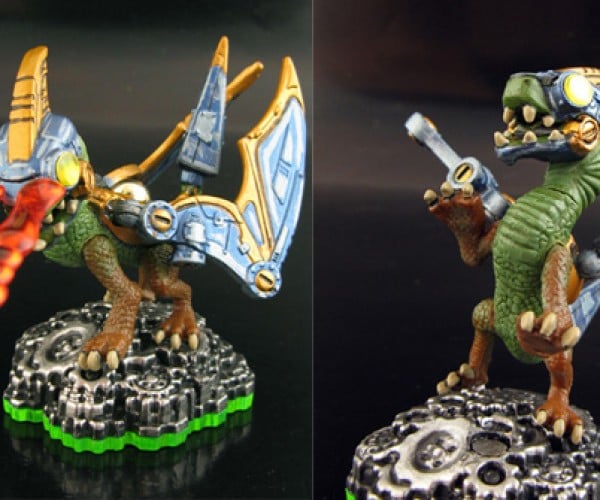 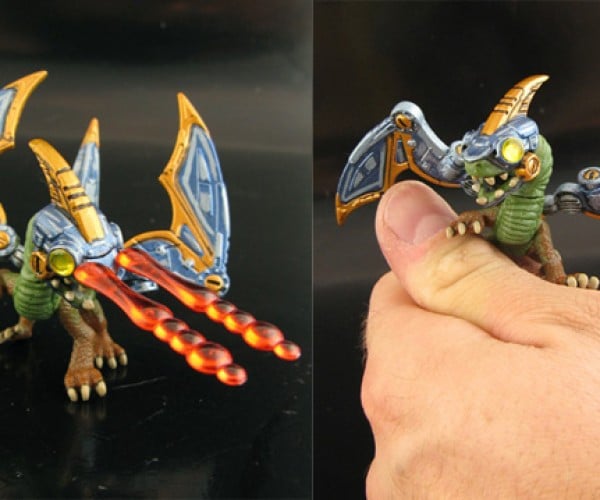 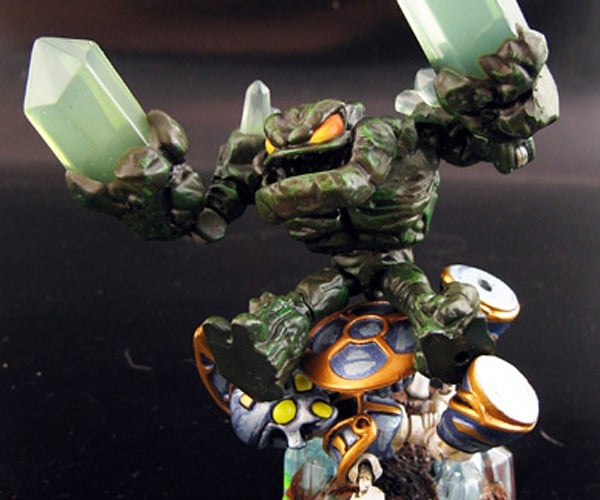 Jin already put the modded Chop-Chop figurine up for sale on eBay; Prism Brake and Drobot will probably be there soon as well. As of this writing the highest bid for Chop-Chop is $32.60 (USD); that’s four times the price of the stock figurine, but I think it’s worth it. I’m not sure if Jin will mod more Skylanders figurines, but you can drop him a message for more info or custom orders.