Cakes get decorated with all sorts of geeky stuff all the time, so why isn’t it that pizzas get the same artistic love? Well, if you’re one of the millions of Angry Birds fanatics out there, this pizza is just for you. 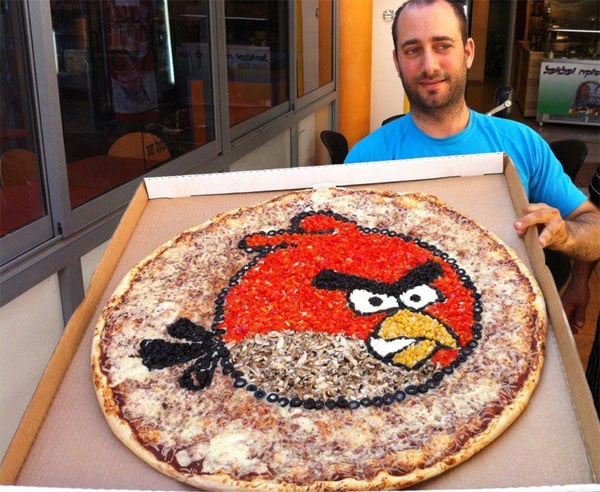 This particular pizza features the red Angry Bird, and he appears to still be pissed off, despite the fact that he’s made up of delicious mushrooms, black olives, and just the right amount of onion. I could skip all that red pepper though. Maybe he’s grumpy because he knows he’s about to be eaten.

Apparently, the guy who made this decided not to go with making a green piggie pizza, because that would have required using moldy ham.