DIY Doorbell Will Make You Wish for Visitors

David Watson hated the doorbell in his current house. The one in his old house had actual chimes, but this one played a “terrible recording” instead. So when he set out to make his own doorbell, he wanted one that sounded great. Then he thought, why not make it look great too? The end result? A door resonator bell. 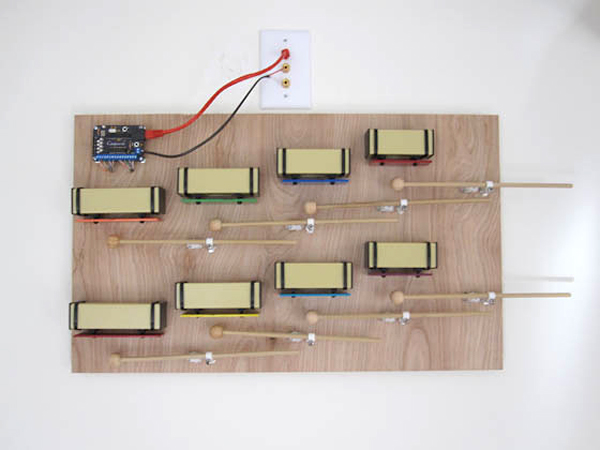 The central component of the device is a set of resonator bells for kids – similar to a xylophone, but with plastic parts instead of wood – but putting the whole thing together was anything but elementary for Watson. He had to improvise a lot, although he was also able to take notes from similar projects. In the end, he had a pair of Arduino clones controlling eight pager motors, one for each note. Watson made the wooden mallets himself, and also designed the plastic hinges and had them 3d printed. So was it worth all the trouble?

I think this is one of the best DIY projects I’ve ever seen in a while. Watson should probably paint or decorate the board to make it look better, but it looks neat as it is. I also love the fact that you can program it to play songs. I wonder if it’s possible to enhance it so that it will play a different tune depending on who’s at the door. I already have a great tune for door-to-door salesmen.

[David Watson via Hack A Day]