Ant-Roach Inflatable Robot is Bizarre, Could Be Your Post-Apocalyptic Transport

It looks like a giant kids toy, but this 15-foot beast is actually an inflatable pneumatic robot. In the future, humans will ride these beasts across the wastelands of the apocalypse and wage wars with one another on their backs. Silly looking wars. 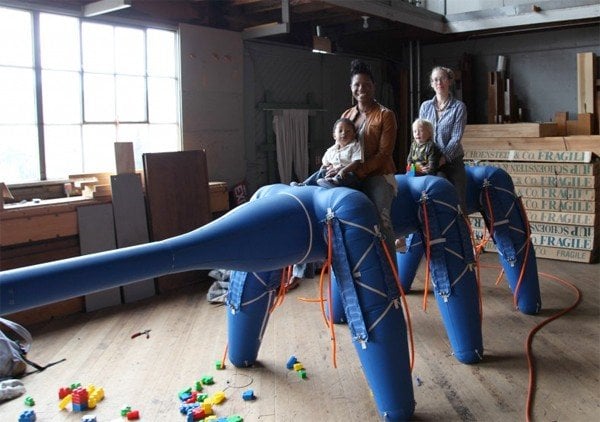 Developed by Otherlab, the Ant-Roach is like an ant and a roach in one, hence the name. It is in the concept stage at the moment. Inflatable actuators on the legs do all of the hard work, and are able to lift up to 1,000 pounds.

The goal of building this strange beast was to demonstrate the carrying capacity and high strength-to-weight ratios that inflatable structures are capable of. Inflatable robots have a lot of potential as they are low-cost, lightweight, extremely powerful, and at the same time safer for humans to interact with.

It still looks like they’ve got a way to go before the Ant-Roach can actually move smoothy, quietly, or quickly though.