BBC Develops Daleks That Are Controlled by Doctor Who Episodes

Daleks just got even scarier. The fine folks at the BBC’s R&D division have created a system in which Daleks in front of a TV can mimic the actions of the Daleks on the screen. In other words, when the Daleks on screen move towards their target, like the Doctor for instance, so will the model in your living room. 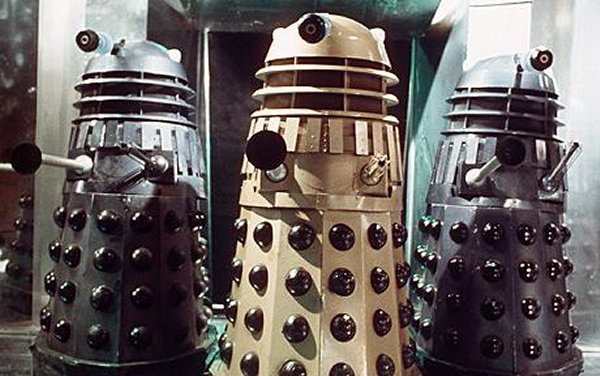 The system is in the prototype stage right now and is called Universal Control. The way it works is that your TV or set-top box has to be Internet enabled, so that the BBC can send out synchronized Wi-Fi signals to the miniature Daleks. Their experimentation involved two-foot-tall Daleks, with information encoded into the video of a Doctor Who episode.

I’m going to assume that their intentions are good and that they just want to make neat toys. At least I hope that the Beeb isn’t planning world domination by putting Daleks in our living rooms. (Un)fortunately, the BBC says it’s not planning on releasing these to the general public anytime soon.