The rumors are already flying about what the next-generation Xbox 360 console might have under the hood, so it was only a matter of time before some concept designs would start to turn up. This particular concept is by French industrial designer Joseph Dumary, and it’s called Xbox Prestige. 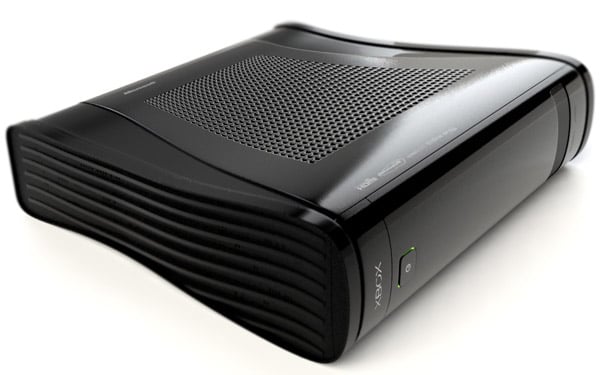 What I like about Joseph’s concept design is that it doesn’t seem so outlandish that it wouldn’t be possible. The Prestige would come in a case that inherits the clean black styling of the current Xbox 360 Slim, but curves out the edges, and puts it into a smaller package, with new and improved hardware under the hood. 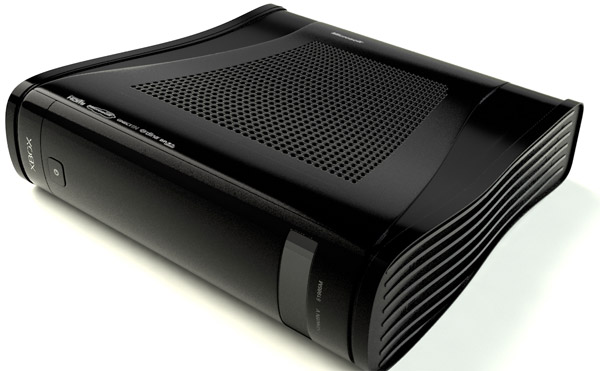 As proposed, the Xbox Prestige would have no DVD or Blu-ray drive, instead, storing all content to the console’s ample 2TB hard drive, downloading it from the “cloud.” The Prestige would also connect wirelessly to your TV. In addition, the console would have a new device called KinectIN built into it, which would provide for gesture control of menus, as well as a scanner which can read your own personal “Xbox Card” to purchase games, manage profiles, etc. 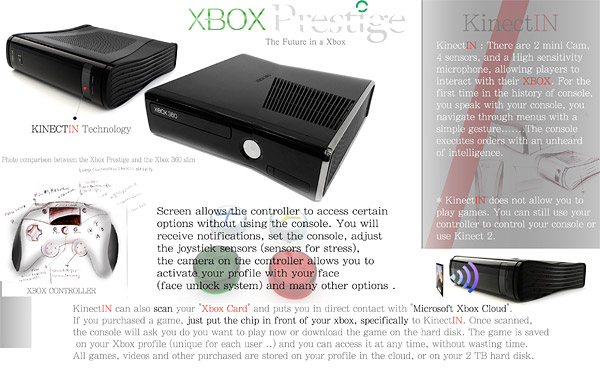 The KinectIN wouldn’t be used for gameplay though – there would still be an external device simply called Kinect2, which would offer significantly higher image and motion sensitivity than the original Kinect, and would even capture video in Full HD 3D. 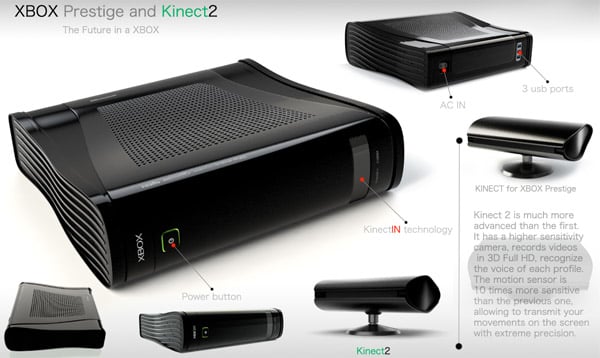 Joseph doesn’t really say anything about the other hardware improvements in his concept designs, though Yanko Design reports that it would have an 8-core CPU, “20x faster performance,” and support technologies including 3D, 4K2K, multiTV (DPConnect), and even have a GPS built into it, so you could know the location of other users on the Xbox Live network.

Buzzwords aside, I rather like how simple and clean the designs are. Chances are, Microsoft will go out on its own and do something completely different with its next-gen Xbox, but it’s always fun to see what comes from the imagination of fans too.