There have been numerous handhelds out there which can play games from the old 8-bit and 16-bit era consoles. Personally, I have the Dingoo A-320, which handles the job nicely. But there’s a new player in town which looks like it could be good, and it’s also cheap. 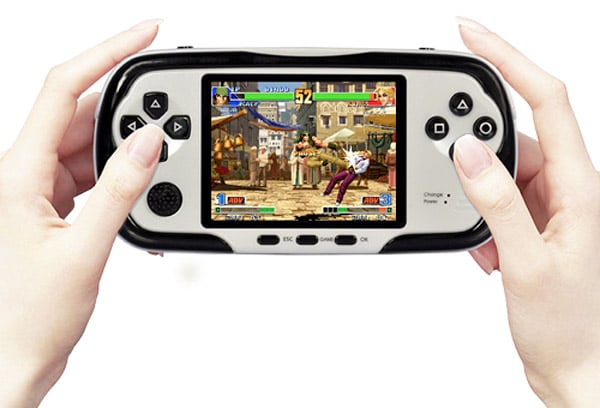 The PlayMore handheld can play games from the Sega Genesis/Mega Drive, Nintendo NES/Famicom, SNES and Gameboy, GBC/GBA right out of the box. Games are played on a 2.8″ 300×240 resolution screen (or is that 320×240?) The system looks pretty nicely designed, and has both a D-Pad and analog stick, as well as small L and R shoulder buttons. It’s not clear how these are used with older console games, but I’m sure some hackers will get their hands on the PlayMore and get it emulating other systems which take advantage of these additional controls. 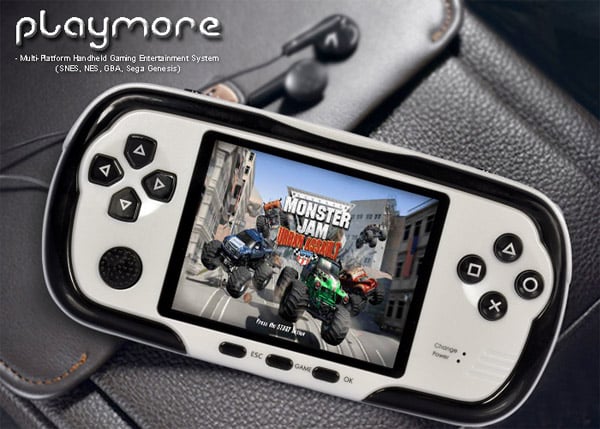 Not that you’re likely to use this thing as a media player, but the PlayMore also supports playback of a wide variety of audio and video file formats, and it even has a (craptastic – 0.3mp) camera built in. But you’re not buying this thing to take photos. You want to play some Super Mario Bros., Sonic the Hedgehog and Donkey Kong Country, right? Well it should handle those just fine – assuming you know where to (ahem) get your hands on those game ROMs. 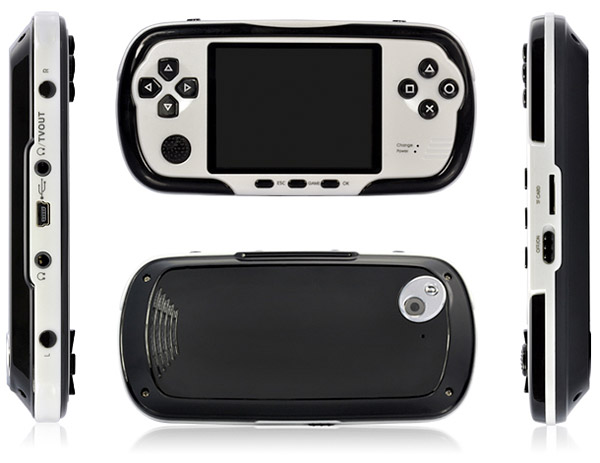 In terms of storage, the PlayMore has 4GB of on-board capacity, plus you can add up to 16GB with a microSD card. It’s also got an A/V out cable for hooking it up to a TV, and is charged via a standard mini-USB connector.And if you’re to believe the photo below, it’s even more fun when you’re drunk: 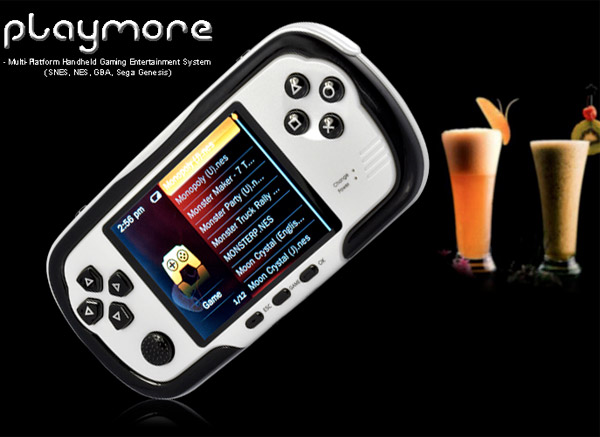 So now on to the best part. The PlayMore sells for just $57.88 (USD) over at ChinaVasion, so if you don’t already have a handheld retro emulator, this looks like one of the better deals out there. If you buy one, post a comment and let us know how it works for you!