Apple Store App Knows if You are There to Pick Up

Not too long ago, Apple started to use iPads in its stores for giving the specs on all of its products. Apparently the app running the iPads also allows the shopper to press a virtual button to get assistance from a rep. The behind-the-scenes app that the Apple Store employees use on their iPod Touches was recently shown off to the New York Times, and shows a red square that lights up when someone needs help in the store showing exactly where the help is needed. 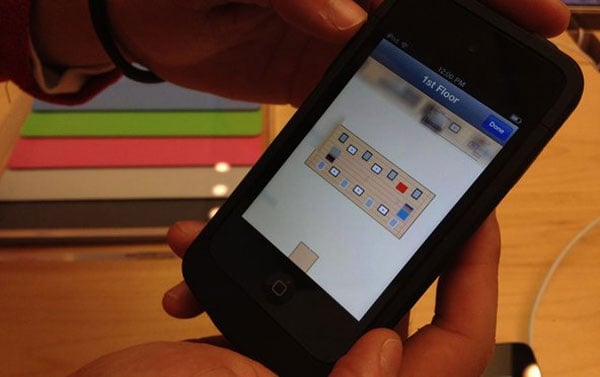 The coolest part though, is that if a shopper walks into the store to pick up a purchase that they made using the downloadable Apple Store App’s Personal Pickup feature, the staff is alerted when they arrive in the store for pick up without the shopper having to do anything. It even tells them the location of the customer. The goal is that the person walks in, and a store employee walks up to them with their stuff.

That actually sounds pretty darn cool. It would be great to walk into a crowded Apple Store and have them bring you your stuff rather than having to wait in line or find someone free on the floor. Are apps like this cool in your mind or too “big brother?”