Let’s say you’re throwing a party. While you could be serving up your own iTunes library, don’t you think it would be nice to let your guests throw in some of their favorites? Sure, you can let them use the DJ feature on their iOS devices, but that only lets them pick from your music collection. Well, if this unique iPod dock ever makes it to market, they could contribute their own tunes to the mix. 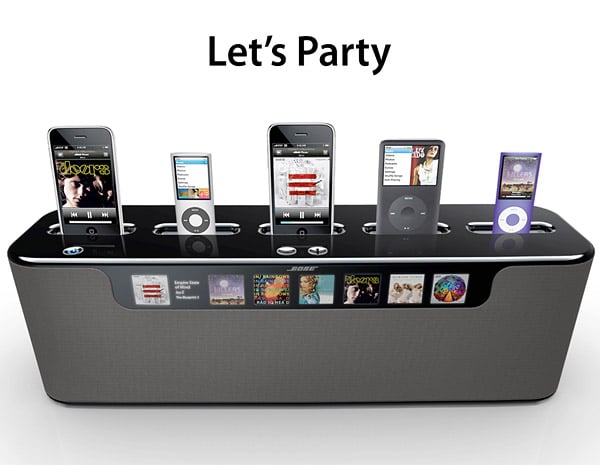 Designed by Jason Farsai, this Bose-inspired Multi-Dock concept would allow you to simultaneously dock up to five iPods or iPhones, and then automatically queue up a mega-mix of tunes from all of them. Jason’s “Bose iQ” speaker dock also includes a wide OLED screen which would display album art from the upcoming tracks, as well as a touchscreen remote for controlling the multi-device library. While Jason doesn’t specify, I’d imagine it would also charge all of your devices while docked too. That would certainly be an added benefit for party-goers. 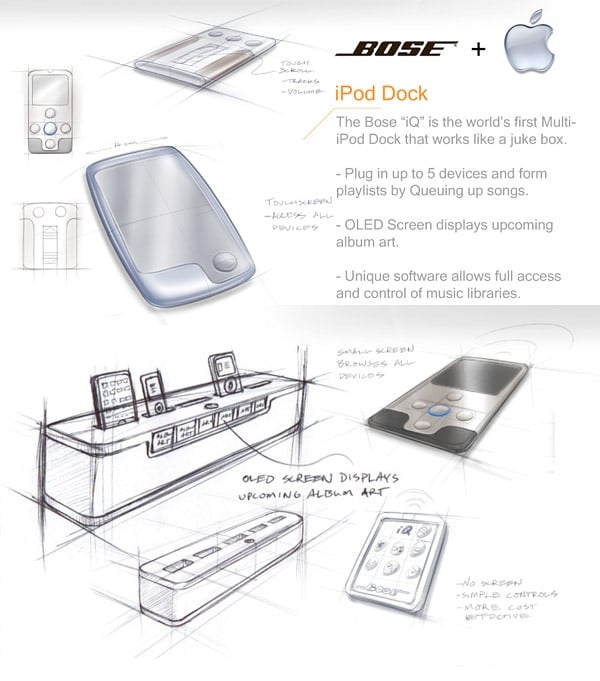 While the idea of five docks might seem a little outlandish, I think the idea of everyone contributing to the party mix is pretty cool. Hopefully Bose (or some other dock manufacturer) will see Jason’s design and consider it for production.