HandyNES: the Portable NES with the Not So Portable Gun

Behold the latest NES mod, a portable NES from “LovableChevy”, the creator of such mods as the HandyDuo, Handy Gear, and Nintenduo. This one is called the HandyNES. It’s handy and also compact thanks to the NES cartridge top-loader slot. The code name for this project was “red mushroom”, obviously. 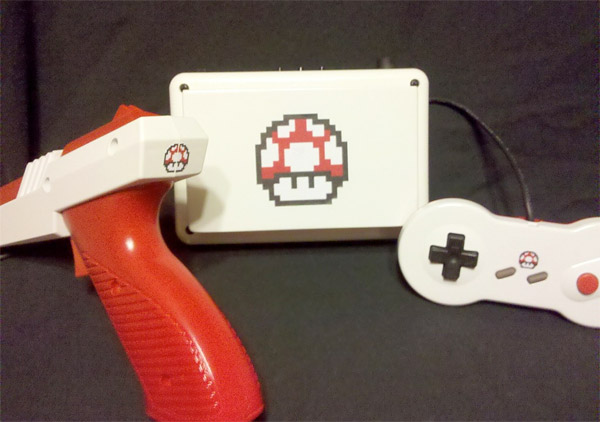 It took her over a month to complete this one and the finished product looks good enough to market, even if the color makes me think of a First Aid kit. Under the hood is a full NES (version 2) console and a 3.5″ LCD screen, powered by rechargeable li-ion batteries, as well as a built-in D-Pad and buttons.

It is pretty cute, but ever since seeing the pic, I just want that gun to be modded along with this portable. It bugs me. I just want it to be smaller and more James Bond-like – something that a woman could use with her feminine NES portable and then conceal in her purse.