Some might consider it cheating to attach an NES controller to an Etch-A-Sketch, but not this guy. Those little vertical and horizontal knobs just weren’t cutting it so he got to work and created the NES-S-Sketch, which is like having the worst NES paint program ever that only uses the D-pad to go up and down and side to side. 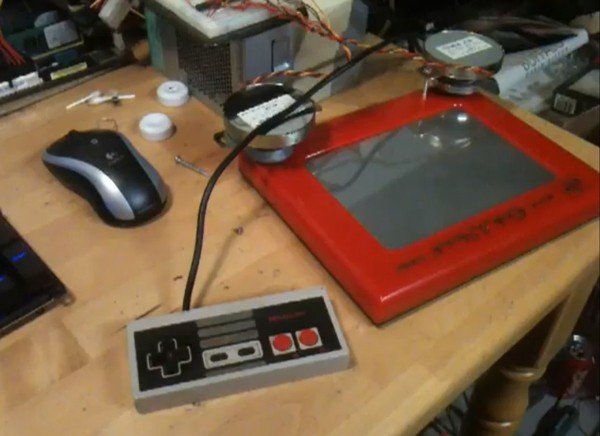 He wired up an Arduino board, connected some motors to drive the dials and attached a controller. You can watch modder alpinedelta32 use it in the video. I know, I know, you’ve seen people draw with an Etch-A-Sketch before, but when is the last time you’ve them use one with an NES controller?

What would have been really cool is if he had modded the screen of the Etch-A-Sketch to mimic and draw a game while it is being played. Yeah, hit me up when you accomplish that one. So there.

[via NowhereElse (FR) via Engadget]