I always thought those Philips Ambilight televisions looked cool – not that the glowing border around the TVs ever made me run out and buy one. Still, the effect is sort of cool, and theoretically makes everything on your TV more vibrant and immersive. So if you’ve ever wanted to play with the ambient light effect, but don’t have a display with the capability built in, now is your chance. 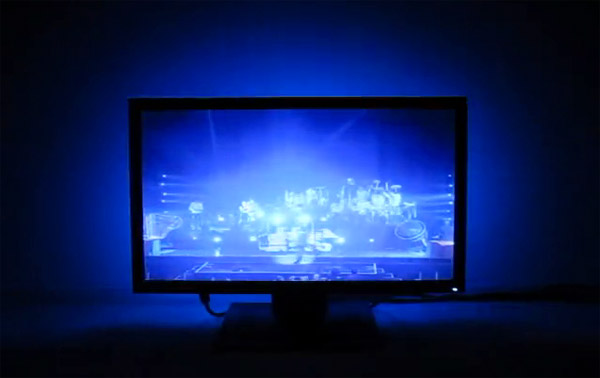 Ladyada is showing off a new project called Adalight, which uses an Arduino board and a strip of RGB LEDs around the back of your display to create an ambient color backdrop for your computer monitor. The system automatically detects the average colors around the perimeter of your display, and immediately responds with the appropriate LED color in the proper section of the LED strip. Since it works as a high-speed screen capture utility in the background, it works with pretty much any application on your computer. 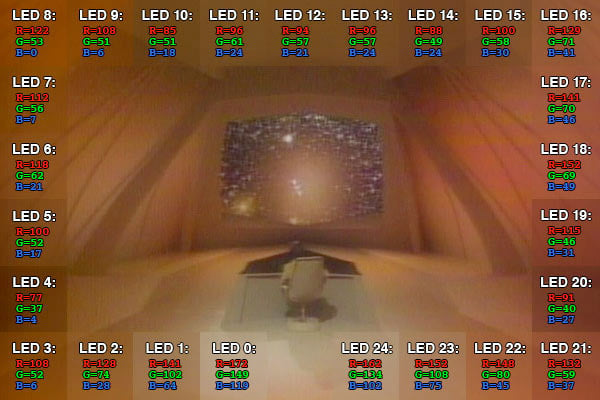 Open source software using the Processing library runs on your PC, Mac or Linux and interfaces with the Arduino over USB, and sends the correct light colors to each of the LEDs pixels. See the Adalight in action in the video below:

Pretty cool, no? I suppose it could get to be a little annoying after a while, but it still might be pretty cool for 3D games and action movies. While you can build the Adalight from scratch, you can also purchase a project kit over at the MakerSHED for $49.95 (USD) to help you get started. The kit includes a strand of 25 RGB LED pixels and a 5VDC power adapter, but you will still need to purchase the Arduino and USB cable, and follow the rest of the build instructions to finish the project.