If you are the sort of geek that likes space travel, you have to be enamored by the manned missions to the moon in the 60’s and 70’s. Of all the missions slated to put astronauts on the moon, the one that famously didn’t make it was Apollo 13. Apollo 13 had an oxygen tank explode forcing the astronauts to turn around and limp home two days into their mission, and also was responsible for the infamous “Houston, we have a problem” line people still quote today. 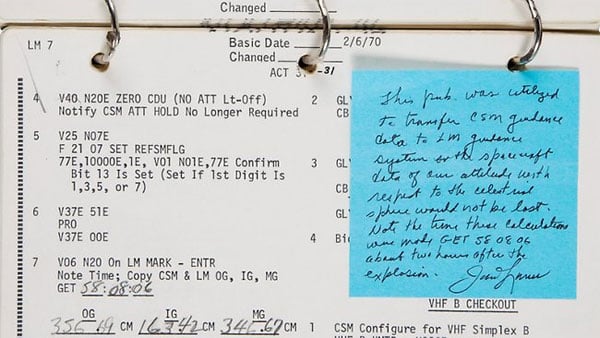 This authentic original checklist recently grabbed over $380,000 (USD) at auction, making it the most expensive moon mission era item to never have landed on the moon.