Crypteks Flash Drive is as Secure as it Looks

Earlier this year, we featured a flash drive with a literally puzzling handmade casing, which requires the user to enter a 5-digit combination via a series of wheel locks to gain access to the flash drive itself. If you wanted to own your own modern cryptex but don’t have the skills to make one, this flash drive will make your inner investigator squeal. 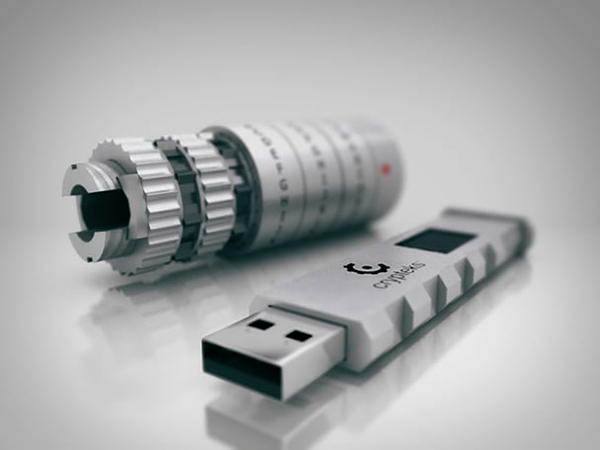 (This article has been significantly revised because the whole “Cryptex” concept from The DaVinci Code flew over my head. My apologies. And now, we return to your scheduled programming.) The Crypteks USB drive doesn’t just have a mechanical lock like the DIY Cryptex drive. It has additional security features aside from the mechanical lock, like 256-bit AES hardware encryption, a read-only mode and the ability to set the number of wrong password attempts before the drive goes Men in Black and wipes its contents.

The Crypteks USB has already earned more than twice its target goal on Kickstarter. The fundraiser will still be up for 22 days, so sneak your way to its project page if you want to be one of the first to own a Crypteks USB drive. Those of you who want to play it safe with your money (but apparently not with your data!) can avail of the retail version when it drops mid-2012. My only complaint about this drive is that it’s USB 2.0-spec only, which is kind of disappointing considering the drive costs $130 (USD) for the 8GB version and $160 for the 16GB version.