After decades of scarring girls by giving them an impossible ideal of beauty, body issues and eating disorders, it’s nice to see that Barbie will now be doing something productive – preparing them for the eventual zombie apocalypse. 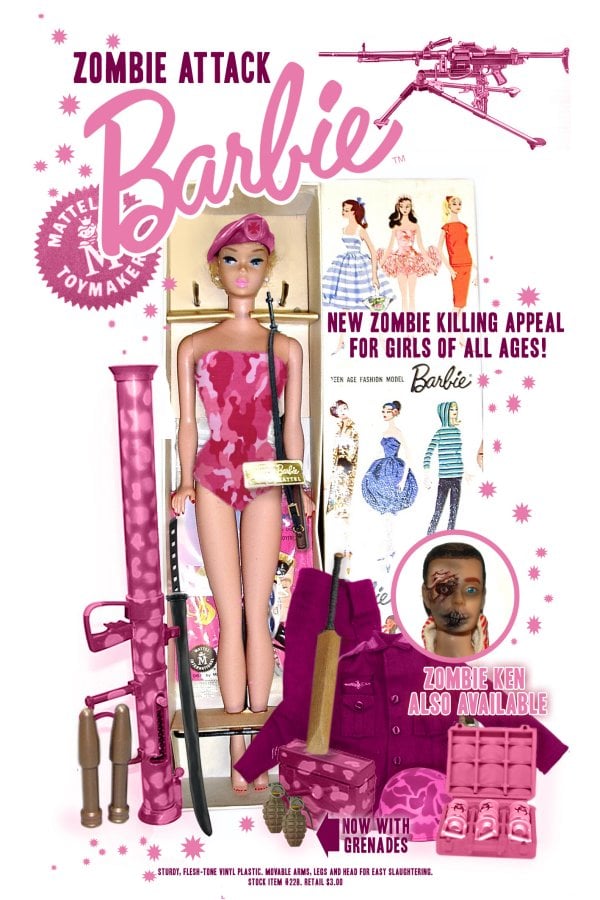 New from Mattel (not really) comes Zombie Attack Barbie. She has her pink war outfit that comes in both military and slut-casual, a pink camo helmet, a bazooka with 2 rounds, some grenades, a cricket bat and even a Samurai sword.

Zombie Ken is also available – though he’s not looking too hot. Board up that Malibu beach house, run some undead over with Barbie’s Convertible and whatever you do, don’t get bit by these undead flesh addicts. Which shouldn’t be all that hard really, since Barbie doesn’t have a brain. She should be safe just picking Zombies off left and right as they pass on her in search of brainier victims. 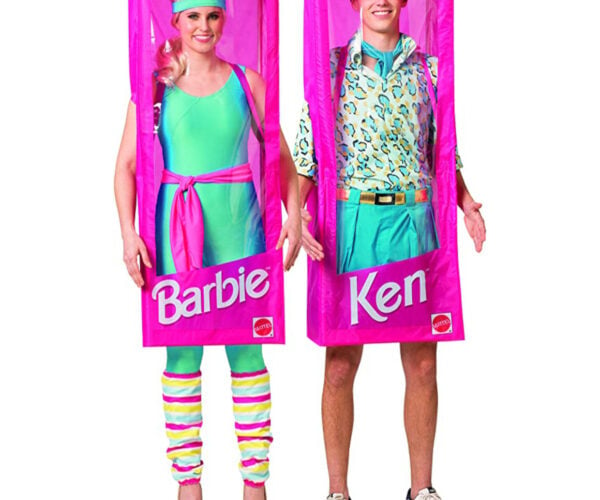