Futurama Characters Gets Sculpted in 3D

If you ever wondered what the characters from Futurama might look like if they were real, three-dimensional people, we now have a better idea, thanks to the artistry of Brooklyn, New York sculptor Ray Lin (aka “artanis-one”). 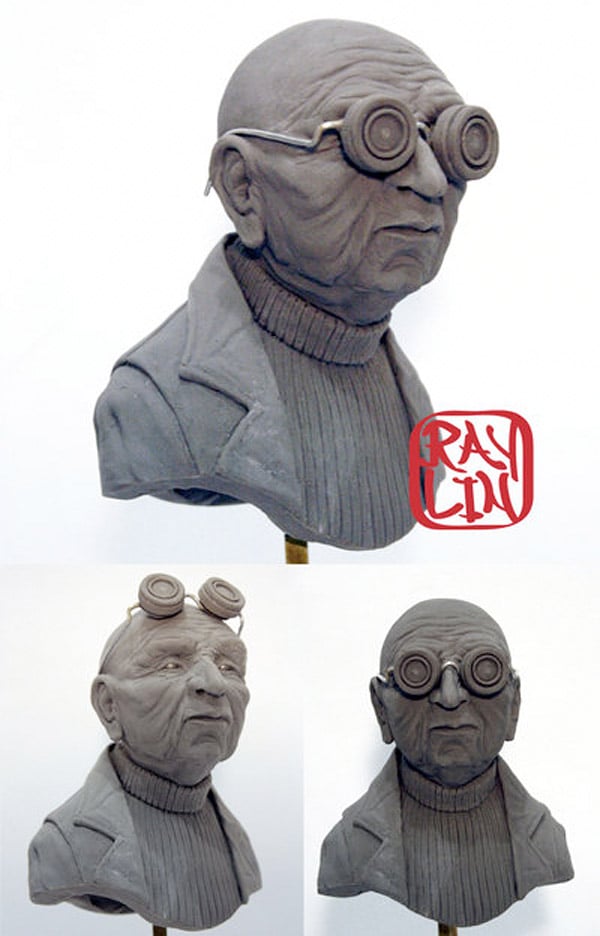 Ray created these detailed figurative Sculpey clay busts of several of the main characters from Matt Groening and David X. Cohen’s 31st Century sci-fi comedy, with the first one being of the doddering Professor Hubert J. Farnsworth. 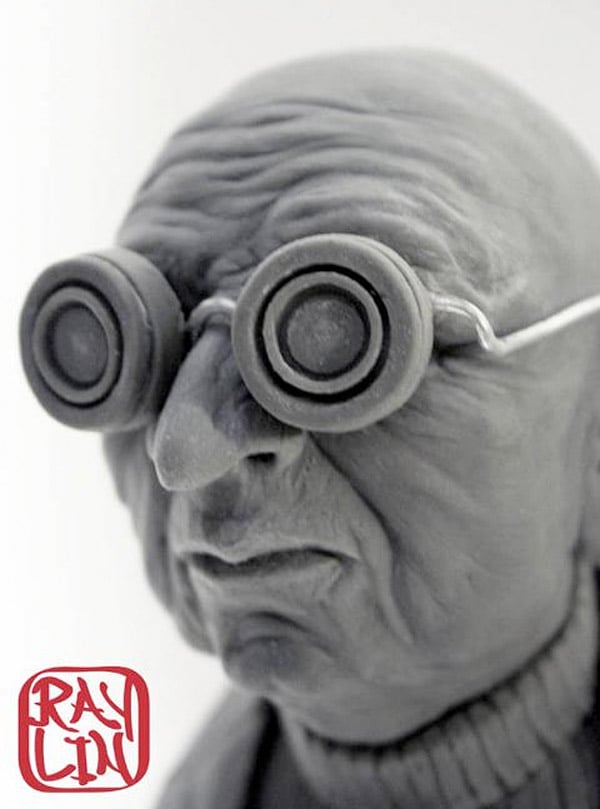 With those goggles on his head, he sort of reminds me of the “I just do eyes” guy from Blade Runner. And woop, woop, woop, Ray also did up a nice version of Zoidberg, but he actually looks a little too dignified for my tastes. Maybe it’s that his mouth-tentacles aren’t dripping with some trash he just ate. He looks more like he belongs in a Mass Effect game or something. 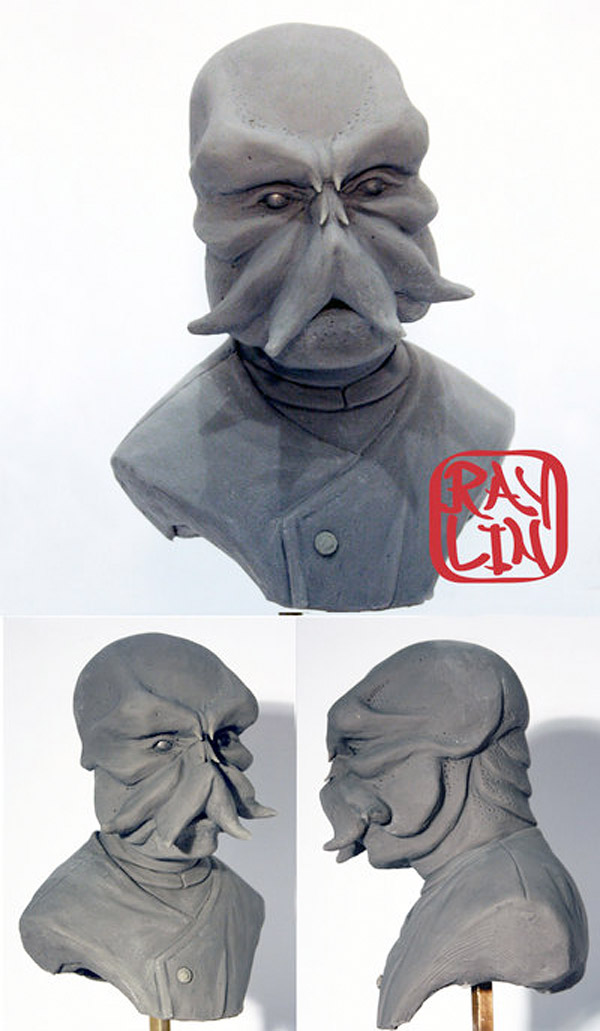 His Turanga Leela is probably the creepiest looking, thanks to her single eyeball and overly symmetrical facial features. For some reason, she doesn’t freak me out so much on the show. Maybe it’s Katey Sagal’s soothing voice that keeps the whole cyclops thing in check. I’m thinking this Leela would fit in quite well in God of War IV, though, if they’re still casting. 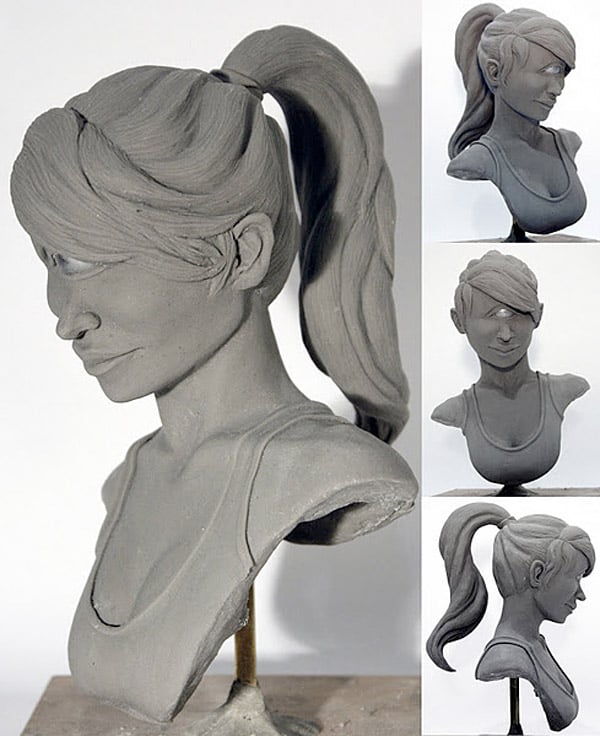 Last, but not least is Leela’s faithful companion, Nibbler, who appears to have been inspired by a combination of a baby, chimpazees, meerkats, and a tulip. Yep, that’s what the artist himself says – at least that what I got out of this picture. 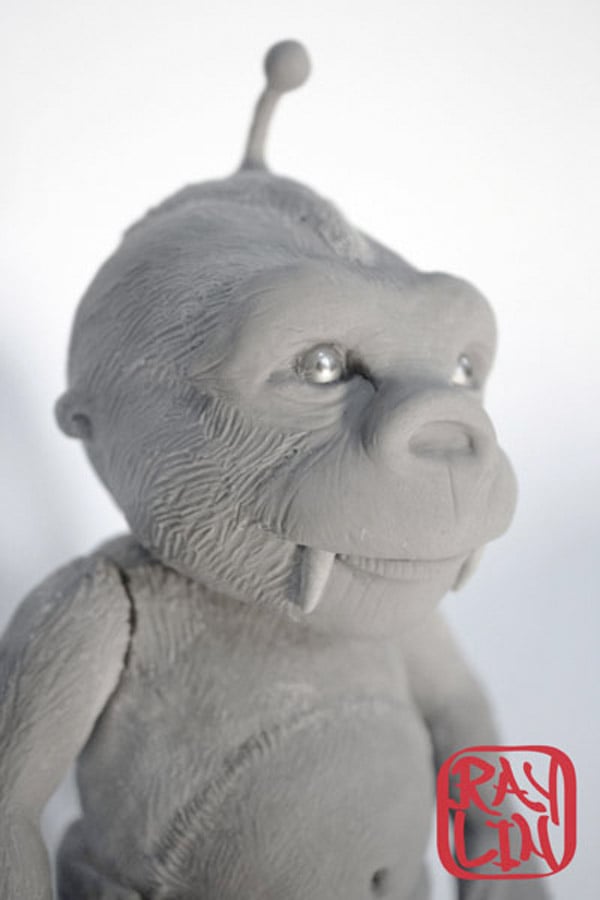 Ray says he sculpted these busts in 1/3rd scale, but I’m not sure how you can figure out how tall cartoon characters are in the first place. It’s hard to get any sense of scale from these images, but I’m betting they’re bigger than you think.

Absent from series are Fry, Bender and Hermes, and Amy Wong, but I’m betting that Ray will eventually add them to his menagerie. Personally, I’d like to see Flexo instead of Bender. I always preferred his goatee.