The march towards a wireless world is an uphill battle, so it’s nice to see improvements for the good ol’ cable. Japanese company Asahi Kasei Fibers has developed Roboden, the world’s first elastic electric and data cable. Inspired by none other than our own skin, the Roboden cable can stretch up to 1.5 times its original length. 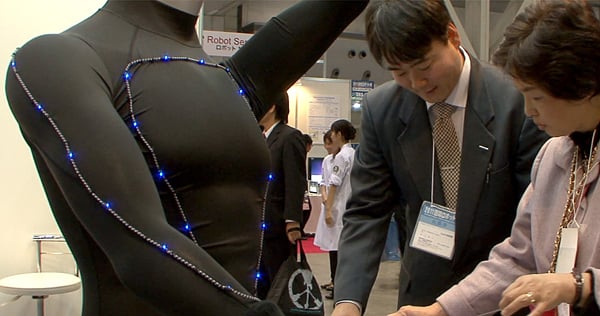 Asahi originally developed the cable with humanoid robots and wearable electronics in mind, but ordinary consumers could benefit from the stretchy cord as well.

It won’t make extension cords extinct, but I’m looking forward to more durable and safer power cords. Humanoid robots? Not so much.

[via Diginfo TV via Gizmodo]