Asus Transformer Prime Gets a Fancy Sleeve, Like a Smart Cover, But Not

Actually, I would not call this a sleeve at all. It’s more like a flip cover to protect the screen of the Asus Transformer Prime from scratches. In my mind, a sleeve is something that goes all the way around a tablet. Still, the Transformer Prime Sleeve is pretty cool and has some tricks up it sleeve to accomplish the same things the iPad 2 Smart Cover does, but in a different way. 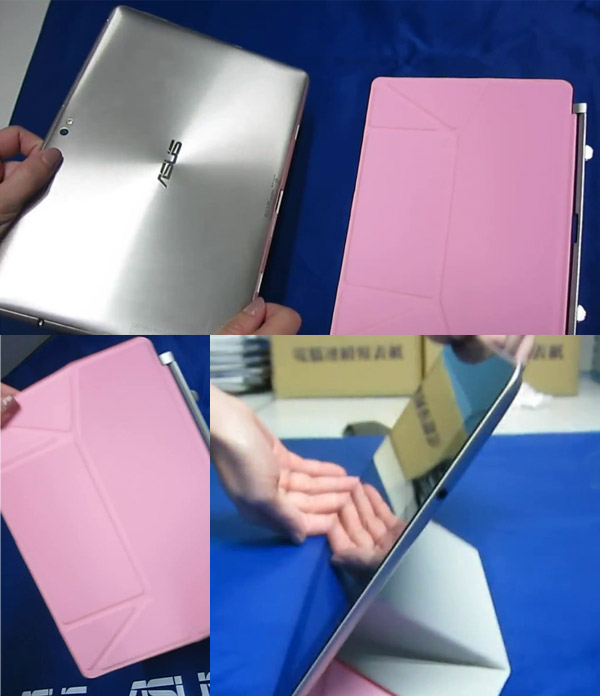 The Sleeve was officially unveiled on Facebook by Asus, and as you can see in the video, it has some angular indentations on it that are fold lines. The cover can be flipped back and folded on the lines, like origami, to make it into a stand to keep the tablet upright.

It can also be folded in a different method to prop the screen at a lower angle for typing too. The Sleeve attaches to the Transformer Prime in the same spot the keyboard accessory does, but snaps into the tablet instead of using magnets like the Smart Cover, There is no word on price or availability of the Sleeve yet.